This article is the fifth part of a series by UNG Libraries covering some of the newest and most exciting additions to our GALILEO Database collections. Please note: login required for off-campus access to some links. 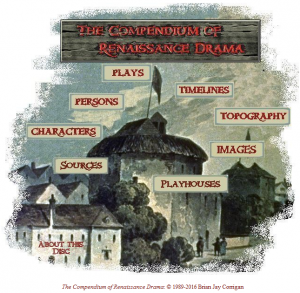 The Compendium of Renaissance Drama (CORD)

UNG Libraries is proud to announce the launch of a new open access database created and edited by Dr. Brian Jay Corrigan, a Professor of Renaissance Literature at UNG. The database, the Compendium of Renaissance Drama (CORD) contains over five-million words and covers four complete dictionaries (including a complete Character Prosopography and Topographical Dictionary featuring every place mentioned in the period drama), actor lists, playhouses, timelines, images, interactive animations, and complete synoptic treatments of every extant play written for performance on the English stage between 1485 and 1642.

CORD in the classroom

CORD allows an interactive experience for users both in and out of the classroom. Instructors can walk a class through many aspects of Renaissance plays within the database. Each play has a link to the full text version, notes about revised versions of the play, a brief biography of playwright, character synopses, and information about the companies performing the plays and the playhouse where it was performed. The character prosopography lists and describes nearly every character who appeared on the English stage. For characters who appeared in several plays, the prosopography describes each of their incarnations.

The compendium moves beyond the plays themselves to examine historical context, locations, and connects the history with modern day London. Instructors can walk students through timelines that show what was happening in London at of the play including changes in the British monarchy and periods of plague. One of the most fascinating aspects of the database is the interactive maps. CORD highlights the locations of playhouses in London using a series of maps that show the shift in playhouses based on the years.  An interactive version of Agas Map from the mid-16th century shows the location of each playhouse with links to individual listings of each playhouse. The individual pages contain information on the playhouse, sketches or photographs of the playhouse, and, in some cases, a photograph of the location in modern London.

The image section of the database contains views of London then and now, as well as presentations on related topics. To give users the complete experience, the “Learn the Distances between Theatres during the Renaissance” shows 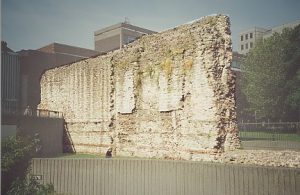 a marked map and lists the number of miles between theatres, the amount of time it takes to walk the distance, and the number of strides taken. This portion also contains photographs of Renaissance landmarks in current day London.

The Compendium of Renaissance Drama is a vast and detailed resource for British drama between 1485 and 1642. The interactive compendium is accessible for students and researchers at every stage of their educational journey.