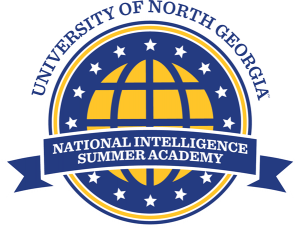 [Note: This article is a modified version of an article from the UNG Newsroom that originally appeared in March 2022 (https://ung.edu/news/articles/2022/03/academy-offers-intro-to-intelligence-field.php).]

PSIA will help provide high school students with a firsthand look at the field of intelligence this summer.

Slated to run from July 18-22, the National Intelligence Summer Academy (NISA) includes 40 rising sophomores, juniors or seniors. It is funded through UNG’s Institute for Leadership and Strategic Studies (ILSS). Dr. Edward Mienie, executive director of the strategic and security studies bachelor’s degree program and partnerships and an associate professor, together with ILSS created the academy, which is believed to be the first of its kind in the nation.

“We have some high-profile speakers,” Dr. Mienie said. “We have retired decorated FBI agent Dell Spry and former KGB agent Jack Barsky, who as far as we know, was the longest-serving undercover foreign intelligence agent. Also on the schedule is a CIA agent who is an expert on North Korea’s nuclear missile program and another former CIA agent whose expertise is Russia, and a third who was the head of the CIA operations for Africa.”

Participants must apply and priority is given to students with a GPA of 3.5 or higher and students who have studied a strategic language (Arabic, Farsi, Russian, Mandarin Chinese, Japanese, or Korean).

According to Dr. Mienie, UNG’s intent is to continue this summer Academy annually. “This is exposing young minds to a potential career in intelligence, and it gives them a nice foundation to consider going to a university where they can study further in this field of intelligence,” Mienie said. “We want to debunk the myth that intelligence is all about 007. It’s not. Hollywood has distorted the whole image of the world of intelligence.”

Georgia teachers may audit the course, some of which may want to see if they would be interested in bringing the program to their school. ”This is an opportunity for those educators who are sitting on the fence to come and see what it’s about,” Dr. Mienie said. “I can see this blossoming into more than just a teacher going to audit the academy, and then suddenly there may be an elective and it turning into a whole career alternative.” This opportunity is available to ten GA teachers on a first come, first served basis. Interested teachers need to contact Heath Williams at heath.williams@ung.edu.

Dr. Mienie brings more than 20 years of experience working in international relations and business, media relations and coalition building. He served four years in the South African National Defense Force, where he was deployed to the Angolan War in the 1980s and was awarded a Pro Patria medal in 2019 for his service. Dr. Mienie previously helped create a curriculum that introduces security and intelligence studies to Georgia high school students.