*Potential Spoilers may be included in this review. 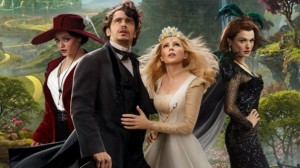 There is a world full of vibrant colors, beautiful gowns, a dazzling Emerald City, flying monkeys, talking china dolls, and most importantly: magic. Walt Disney Pictures has brought this world to life in Oz the Great and Powerful which was released to theaters March 8, 2013. Bringing in a total revenue of over 150 million worldwide in just its opening weekend, it is already proving to be incredibly popular. Based in part on the fourteen novels of L. Frank Baum about the mysterious land of Oz, this film is sure to capture the imagination of both children and adults alike.

Since its first publication in 1900, Baum’s fairytale, The Wonderful Wizard of Oz, has become an instant classic. The 1939 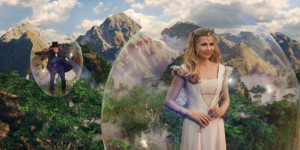 film The Wizard of Oz was based on his first novel, yet that film made many changes. Dorothy was aged, the silver slippers were turned red, and there were many more perils and adventures for Dorothy and her companions in the original novel. Also in the novel the first person Dorothy meets is the old woman, who is the Good Witch of the North, Dorothy does not meet Glinda the Good Witch of the South until the very end of the novel, Oz changed forms each time he spoke with a new person, Oz left the Emerald City in a hot air balloon that he and Dorothy made to return home after ruling for many years, Dorothy’s three companions became 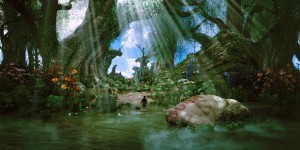 rulers of different areas in Oz, once the wicked witches were destroyed Oz returned to Omaha, and Dorothy was not dreaming because she actually did travel to the mystical land of Oz.  Both the novel and the 1939 film allow the audience to enter and experience this magical land through an innocent, young girl. The new Disney film, however, is set many years before Dorothy enters this land. Disney delivers a “prequel” to tell the story of the great wizard himself, and tell how he actually became: The Wizard of Oz.

In the new Walt Disney Pictures film, Oz the Great and Powerful, the audience is taken into the beautiful land of Oz by a man this time, one who is a conman and a womanizer. James Franco stars as Oscar Diggs 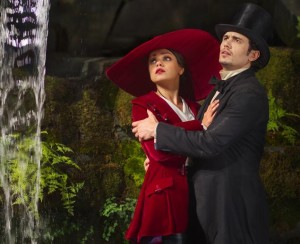 , he goes by Oz for short, the circus performer who is whisked away to Oz, a land of the same name as he, in a hot air balloon after a tornado touches down in Kansas.  This method is the same way he reaches Oz in Baum’s novel also. In the new Disney film, Oz meets many characters in the new, strange land. The first person he meets is Theodora the Good Witch, played by Mila Kunis. On the pair’s journey to the Emerald City, Oz woos Theodora, and she falls in love with him. After Oz breaks Theodora’s heart, her cunning sister Evanora, played by Rachel Weisz, encourages the sweet and naïve woman to be evil like her, for she reveals that she is the secret wicked witch. Evanora offers her an apple that will help turn her wicked. 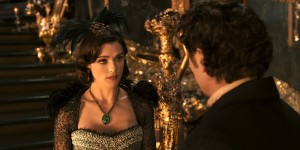 With a crushed heart and a tear scarred face, Theodora takes the apple, and turns into the Wicked Witch of the West. She surpasses her sister in wickedness because of her anger towards Oz. Theodora turns green and ugly after her transformation, but forbids Evanora from using an enchantment spell to restore her looks. She wants Oz to see what he has done to her. Meanwhile, Oz, alongside his companions, the flying monkey Finley and China Doll, finds Glinda the Good Witch, played by Michelle Williams. It is her belief in him and her reassurance that he is still good that helps Oz reach his full potential. After an elaborate hoax, 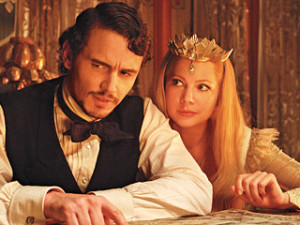 Oz becomes the wizard and ruler of the Emerald City and the wicked witches are banished. In another twist, the film ends with Oz and Glinda sharing a sweet kiss, leading viewers to believe there will be a romance between the two.  Like in the original Baum novel, Oz is not a land for dreams, it is reality and the main character has actually entered this land, he did not stumble upon it in a dream.

Disney was not remaking the 1939 film, Baum’s original novels, or the Broadway play Wicked. While some of those aspects were used f 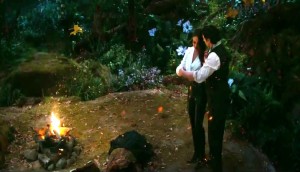 or inspiration, this prequel is unlike anything seen before. This new film does, however, use more elements from Baum’s novels than people realize.  Baum wrote Oz to be the Great and Terrible, because he was a conman, and in the Disney movie Oz begins his journey with questionable character traits. Many of the descriptions of Oz’s character in the original novel series can be found within this new 2013 film. Anyone who has read the novels will be able to find the similarities. 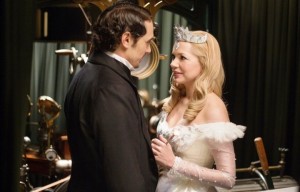 Baum’s novels are treasures worth reading, and Disney’s new film Oz the Great and Powerful is a visually stunning, beautiful story worth seeing. The images, color, and scenery in the new film are radiant, and the plot and character development makes for a captivating film. Any negative reviews have come from people wanting to compare 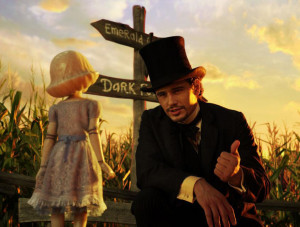 it to the 1939 film, but that was never the intention of Disney. Since the total profit has been announced, most reviews continue to rave about the film. A simple search on Twitter for “#Oz” will show an incredible amount of support from audiences around the world posting raving, positive reviews for the film. L. Frank Baum created a magnificent fairytale and a wonderful world called Oz thro 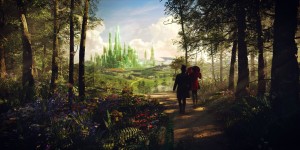 ugh his fourteen novels, and Walt Disney Pictures has brought them to life in new heights in this film. Read the original novels; then see the 2013 film and let Disney prove to you that no one does entertainment better. 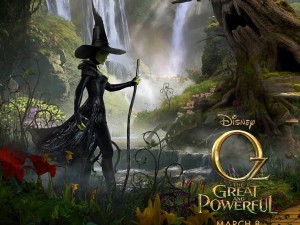