Tuesday, April 9, UK film critic Quentin Falk gave a talk entitled “Cinema, Celebrity, and the Courtroom,” in Shott Auditorium. After a brief introduction by Dr. Austin Reide, Falk began by discussing the different celebrities, both British and American, that he has interviewed throughout his career; celebrities such as Britney Spears, Barbara Streisand, Burt Reynolds, Madonna, John Wayne, and Clint Eastwood. Many of the American movie stars he met were in England promoting a recent film or shooting a current one.

He then discussed some of his books including Biography of Anthony Hopkins: The Biography, Mr. Hitchcock, and Travels in Greeneland. He noted that he is the only person to ever write books about both Anthony Hopkins and Alfred Hitchcock; especially after the recent movie, Hitchcock, in which Hopkins played the title character.

He then discussed his most recent book, The Musical Milkman Murders which is about a murder that occurred in his family cottage in the 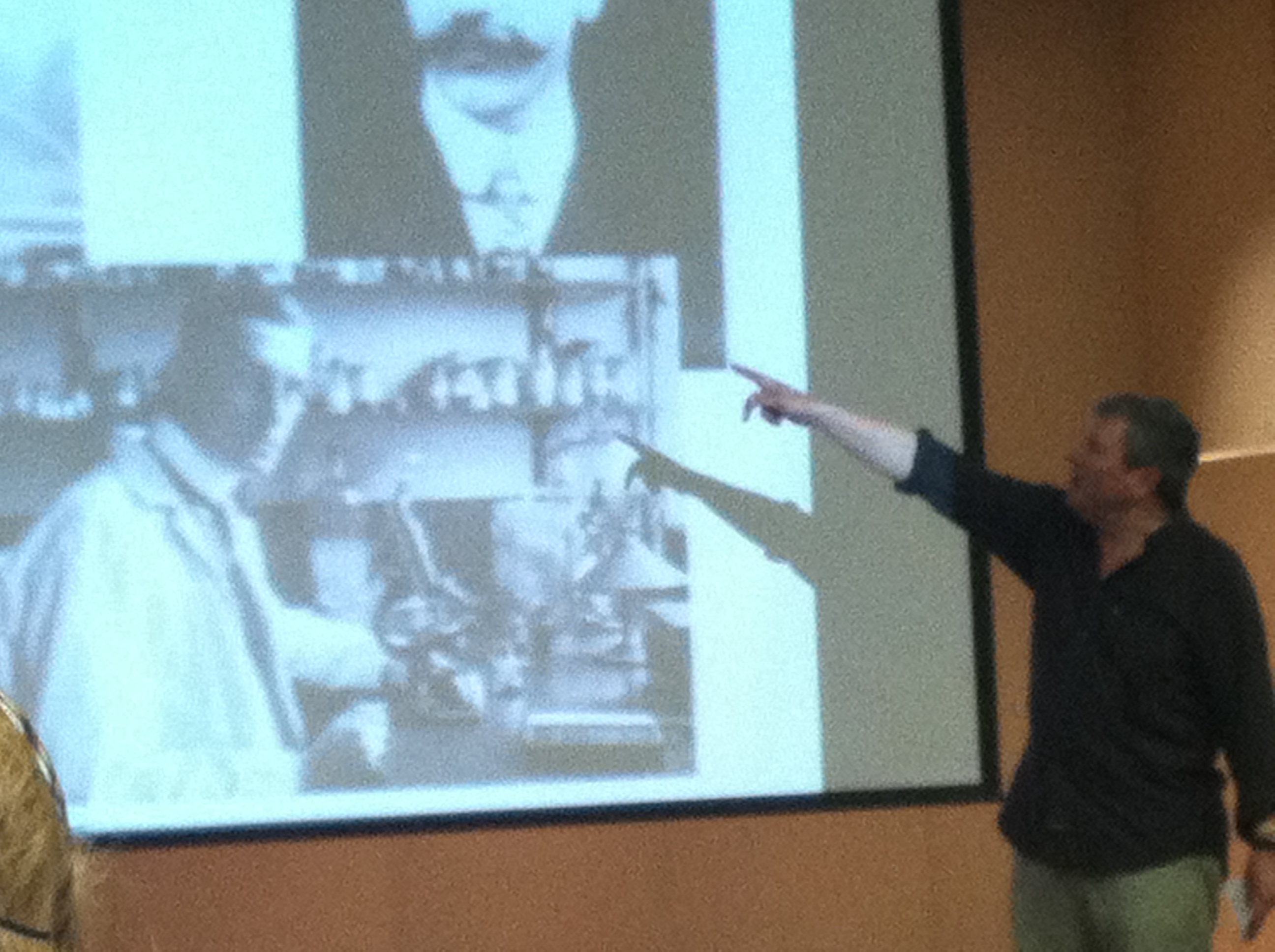 1920s. George Bailey, a milkman, murdered his wife and sent his daughter to live with his sister. Although he claimed that he simply assisted her with her own suicide, he was found guilty and sentenced to death via hanging. Years later the judge, head prosecutor, and a star witness all committed suicide, which seemed like an odd coincidence to Falk. In the late 1960s after finding out the truth about her parents, Molly, the daughter, returned to the cottage in search of answers. Falk discussed that through speaking with her he became interested in writing the story about the murder. He also mentioned that his two favorite trail movies are To Kill a Mockingbird and A Few Good Men.

After the talk, Falk answered questions from the audience. His favorite current movie is Argo directed by and starring Ben Affleck, and his favorite interview was with someone he has enjoy watching in the films for years, Tom Hanks. He ended the talk with the quote, “Celebrity is a mask that eats the face.”

Wednesday, April 10, he will be giving a talk about the film The Fallen Idol, which is an adaptation of Graham Greene’s “The Basement Room,” in the Special Collections room in the UNG Library Technology Center at 7:00 PM.