We interrupt this regularly scheduled novel review to bring you a webcomic review.

I mentioned in my previous review that although I am highly interested in mythology, fantasy, and language, I dislike The Lord of the Rings, primarily because of Tolkien’s writing style. I enjoyed the Peter Jackson film trilogy, probably because it skipped the majority of Tolkien’s rambling asides and tangentially related stories. This weekend, I stumbled upon a webcomic series called The DM of the Rings, which is a spoof of both the novels and films. Here’s the premise, directly from the site:

“Lord of the Rings is more or less the foundation of modern D&D. The latter rose from the former, although the two are now so estranged that to reunite them would be an act of savage madness. Imagine a gaggle of modern hack-n-slash roleplayers who had somehow never been exposed to the original Tolkien mythos, and then imagine taking those players and trying to introduce them to Tolkien via a D&D campaign.”

The first comic really sets the tone and sense of humor for the rest of the series: 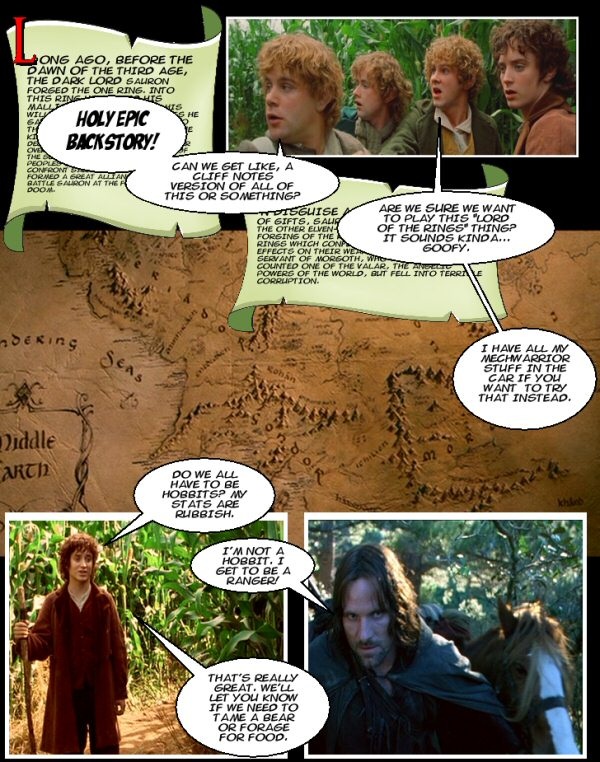 Throughout the comics, it becomes increasingly clear that this Game Master (GM) wants an iron fist around his campaign. That isn’t a problem, unless the players choose to derail the campaign. Of course, in that instance, the GM just invents reason why the players must continue playing his  way: 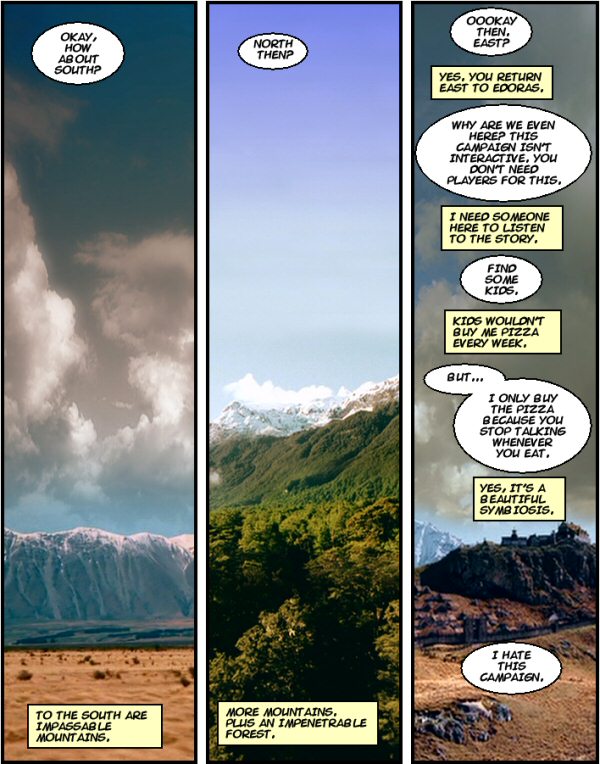 Ultimately, the series concludes much as it does in the films and novels, but this version is filled with so much disdain for Tolkien’s verbose prose (the kind that many GMs are also famous for). I found myself chuckling on nearly every comic, and laughing out loud on quite a few of them. This is certainly worth a read.