Another Nicholas Sparks novel has recently been turned into a film. Safe Haven w 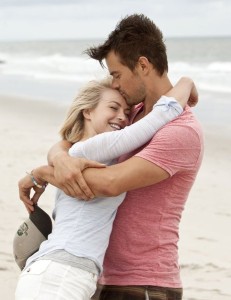 as released in theaters on Valentine’s Day, 2013. The film stars Julianne Hough, Josh Duhamel, and Cobie Smulders. The film was released by Relativity Media, in association with Nicholas Sparks Productions, and has already grossed over 57 million dollars. The story follows Erin, who changes her name to Katie, a Boston woman in a terribly abusive marriage, who escapes her husband Kevin to start a new life in North Carolina. She falls in love with the kind, widowed Alex, and his two children, Josh and Kristen. With encouragement from her new confidant Jo, Katie finds true love and discovers what a real relationship is.

While the very basic plot line is the same in both the novel and the film, there are so many changes in details and story development that make the two seem as if they are complete opposites. Some of the basic changes in detail include: the movie begins in a different spot than the book for organization and clarity, in the novel Katie is a natural blonde who goes brunette and in the movie it is reversed, Alex has gray hair in the novel and in the movie he is younger and more beautiful, in the novel Alex’s daughter’s name is “Kristen” and her name is changed to “Lexie” in the movie, in the novel Katie spends a few weeks living on her own in Philadelphia before moving to North Carolina, Katie stole her neighbors’ dead daughter’s social security card and birth certificate to hide her identity in the novel, Katie’s neighbor helped her escape in the 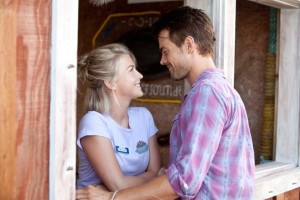 movie, Kevin is much more brutal in the novel, and the beatings that Katie endures and Kevin’s personal thoughts are more detailed in the novel.

There are also many other big changes between the two. In the movie, Katie runs away in a frantic hurry. She seems like a typical shell of an abused woman. However, in the novel, Katie plans out her escape with great detail over time. This makes her character seem more independent and intelligent. In the novel, Katie and Jo have a much deeper friendship and spend a lot more time together. Katie opens up to her about her childhood, her abusive husband, and her feelings for Alex. Unfortunately, in the movie most of these precious moments with Jo are left out. In the novel, Alex used to be a detective in the army and he figures out that Katie must be hiding from an abusive husband just by noticing the way she acts. Their first date is dinner at her house, and he reveals that he knows she is hiding from a husband. Katie then opens up and tells Alex everything, and he accepts her and loves her even more. In the movie, however, their first date is canoeing and getting caught in the rain. Later, Alex sees her picture on a Wanted ad at the police station claiming she is a murder suspect. He confronts her and is angry with her. He realizes he loves her and stops her from leaving, and then she then tells him everything. One of the biggest changes comes at the end. In novel, Kevin finds her and sets Alex’s house/store on 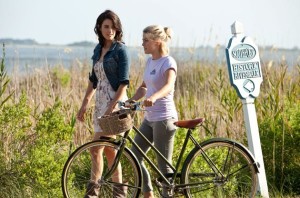 fire and Katie gets both children out safely. Alex arrives and takes the children away to Katie’s house, and then returns and hits Kevin with his Jeep. Alex and Katie then return to her house for the children, unaware that Kevin has also fled to her house. Kevin hits Alex with a crowbar and then Katie shoots Kevin and he bleeds to death on her porch. In the movie, however, Alex and Josh are watching fireworks, while Katie and Lexie are at his house. The house/store is set on fire, and Kevin beats Katie outside while Alex gets Lexie out of the burning house. Katie shoots Kevin while he is on top of her and Alex rushes over to her, and then all is well. The final huge difference is that in the novel Katie sees Jo’s picture hanging on Alex’s wall during the fire and when she reads Jo’s letter to her, she makes the connection that her best friend is actually an angel who was Alex’s first wife when she was living. Katie looks in Jo’s cabin and sees it is abandoned and she mourns the loss of her friend, realizing her best friend will never return. In the movie, Katie gets a picture of Jo with the letter and that is how she figures out her friend was her angel. In both novel and movie, it is Jo who wakes Katie up to warn her about Kevin during her dream, and it is Jo who helps bring Katie to Alex. 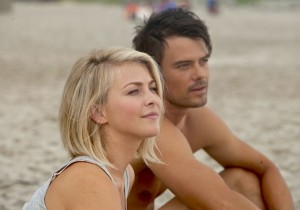 The novel and movie are both typical Nicholas Sparks works, in that it is a dramatic love story. They both have an incredibly happy ending though, whereas many of Sparks’s works have tragic endings. This particular piece had the potential to show a strong, independent woman who can survive on her own. While the novel starts out that way, bringing another man into Katie’s life makes it seem as if she must rely on a man for survival. Katie is free, yet she quickly belongs to another man, instead of taking time to truly discover her own self. In the movie, she is even less independent, and she does not even save the children because Alex comes to the rescue. Katie’s character was strong and courageous enough to get away from an abusive husband, but by leaning on Alex so quickly, her independence does not reach its full potential. Sparks had to write the story this way of course, because he knows his audience wants a romantic story. They want to see a romance; therefore, they want a fantasy where a woman can be saved by her prince charming and live happily ever after. So Sparks did a great job catering to his audience, and this is one of the main reasons why he is so successful: he gives the audience what they want. The main theme of this story is obviously finding true love, yet there are many more themes that arise from it as well. These are themes of courage and self-discovery, friendship, and most importantly the novel and movie raise awareness for domestic abuse and alcoholism. These issues are serious, yet not always discussed. The novel and movie warn the audience of the dangerous effects of a 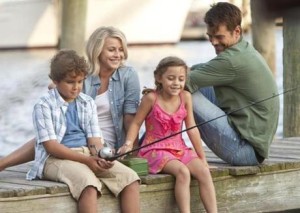 lcoholism, because it shows the monster that alcohol addictions create. They both also show that someone can break away from domestic violence, because that is not what love is. No one deserves to have a life filled with abuse, and with courage, someone can escape that and start a new life. If they find a love like Katie and Alex, where their partner respects and protects them, then that is an added bonus.