The global military conflicts of the 21st century revealed a need for new styles of command. TRUST AND LEADERSHIP depicts mission command’s use in the Australian Army. Written by serving and retired military officers, this essay collection reveals how Australian mission command was applied during ten global conflicts during the last century, from the Australian Imperial Forces to the 2015 Army Combat Brigade.

Editor-in-Chief Russell W. Glenn’sU.S. Army career included service in Korea, Germany, the United Kingdom, and a combat tour in Iraq during Operations Desert Shield and Desert Storm. He served on the faculty of the Strategic and Defence Studies Centre at The Australian National University and with the United States Army Training and Doctrine Command. Past research includes studies on counterinsurgency, urban operations, military and police training, and intelligence operations. He authored Reading Athena’s Dance Card and Rethinking Western Approaches to Counterinsurgency.

As partner to the AUSA Book Program, the UNG Press will aid AUSA’s educational mission by producing high-quality books to be designated as “AUSA Books.” These books will address such subjects as military land power and land warfare history, technology, combat, and strategy and tactics. This curated collection will serve to help and educate members of the U.S. Army, the Department of Defense, the AUSA, U.S. government officials, and the general public. To further these goals, AUSA will promote these titles by linking them to AUSA’s website, listing them in AUSA publications as a member benefit, and reviewing them in ARMY magazine or other AUSA publications.

The UNG Press is a scholarly, peer-reviewed press that serves as an extension of our sponsoring university, the University of North Georgia. Our primary function is to promote education and research with a special emphasis on innovative scholarship and pedagogy. Through our partnership with Affordable Learning Georgia and eCore, the UNG Press is the leading press in Georgia for producing Open Educational Resources and Open Textbooks. 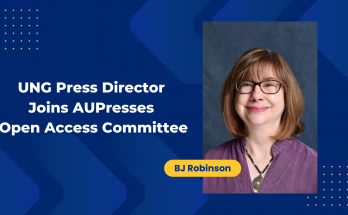