Breast Cancer Awareness month is a campaign designed to encourage women and men to be cognizant of the nature of Breast Cancer. So when the American Cancer Society recently announced new Breast Cancer guidelines, twelve years since the last update, we were all ears (The Journal of the American Medical Association, 2015).

On October 20th, 2015, the American Cancer Society stated that routine mammograms are no longer suggested for women under the age of 45. Additionally, they also suggest that women over the age of 55 should receive screening every other year instead of annually. Furthermore, Stacy Simon of the American Cancer Society stated that clinical breast exams are no longer recommended during routine doctor visits. She went on stating that, “There exists no substantial evidence of a benefit from these procedures” (Simon 2015).

So after over decade, one might ask, “why the change now?” 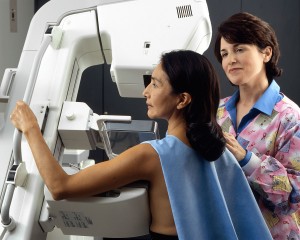 According to the American Cancer Society’s webpage, mammograms are subject to imperfections. Women often go through additional testing after receiving a “suspicious” mammogram, only to reveal it was nothing serious (Simon, 2015). The organization argues that these redundant tests could cause setbacks like unnecessary stress and exposure to harmful components of radiation and chemotherapy (Cohen, 2015).

While the American Cancer Society is considered a highly respected organization, the announcement was not met without criticism. After seeing the announcement on the nightly news, Breast cancer survivor Lisa Enciso was “instantly upset.”

At age 51, Lisa and her doctors discovered a particularly aggressive tumor of the HER2/neu-positive variety. Her diagnosis was Invasive Ductal Carcinoma. “They found it through mammography.” Expressing her concern about the possible repercussions the update might have, Lisa stated, “If they want to find a cure, women need to be screened earlier.”

Despite the discomfort of the procedure and the stress of additional testing, she insists that it is worth it in the face of potential illness. “…I had been getting mammograms every year… I would rather go through all the anxiety of extra testing than find out I have stage 4 breast cancer because I didn’t get myself checked.”

This year, the Journal of the American Medical Association reported that there are to be an estimated 231,840 cases of breast cancer by the close of 2015. In spite of these numbers, and that in so many cases (like Lisa’s) where mammograms often first detect the signs of breast cancer, The American Cancer Society supports their decision. They firmly believe that this modification poses “no danger” to an individual’s health. However, they are still highly recommending that women perform routine self-breast exams and “be vigilant” about contacting their doctor if anything appears unusual.

View all posts by Elise Enciso →