As you may know, we have an exciting new book releasing this September titled Floods and Fires, written by Dan Leach.

Floods and Fires tests Marilynne Robinson’s assertion that “Families will not be broken.” In the title story, a father harbors his fugitive son from the town bully-turned-sheriff and meditates on suffering in 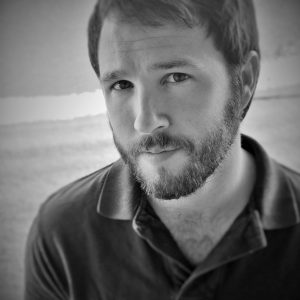 small-towns. In “Everything Must Go,” an estranged husband spots his ex-wife’s belongings at a garage sale and grapples with an onset of paranoia. In “Transportation,” a young boy attempts, through wild acts of imagination, to transcend his bleak existence in a trailer park. Wrestling against limitations that are Southern in aesthetic, but universal in nature, the characters in Floods and Fires seek redemption in the face of hard times. Quirky, outlandish, but in the end emotionally poignant, Dan Leach’s stories follow imperfect people struggling against their circumstances, their histories, and, most importantly, themselves.

Before his foray into authoring short stories, Dan Leach had already made a literary name for himself. His writings have been published in various literary journals and magazines, including The Greensboro Review, The New Madrid Review, and Appalachian Heritage. Floods and Fires is his debut short story collection.

To learn more about author Dan Leach, visit his website.