An interview highlighting our newest author, Tinaz Pavri and her book Bombay in the Age of Disco. Keep an eye out for its release this spring!

1. In a brief summary describe your transition from India to the United States?

I came to the U.S. for graduate school in Ohio. I got a Master’s first at Ohio University and then a Ph.D. in Political Science at Ohio State University. It was an exciting time, where every experience seemed new. The campus had a lot of international students, and suddenly it seemed like I was meeting the whole world for the first time – remember, I had come from India before the economic liberalization that brought the world to India, had taken hold. Those initial years were a time of letting go of my Bombay life and embarking on an American one, but still holding close my ties to friends and family back home. Those were the days of airmail letters and long-distance phone calls that had to be truncated lest they become too expensive. But yet I managed to keep my ties strong, maintaining my Indian self and growing into my American one. The transition was not difficult — It happened almost without 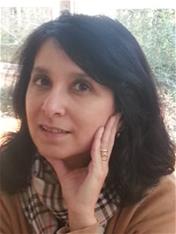 I always loved politics. In the book, I recall my father’s great interest in politics and how we regularly discussed Indian politics – the Gandhi dynasty, the routing of the Congress party, the political rebirth of Indira Gandhi and then her assassination – in wicker chairs over myriad outspread newspapers and cups of tea on our verandah. I also loved fiction with a passion, and considered studying Literature for a while. Then I decided I would always have my delight from novels, but I needed to learn more about world politics. So I decided on Political Science and International Relations, and have loved it ever since. A college professor has a charmed life – I earn a living reading, teaching and writing about the things I love and find interesting.

As I spent more time in the U.S., my longing for Bombay ironically became more intense. In my book, all my daydreams then were of America; now all my dreams at night are about Bombay. I felt like something precious was slipping through my fingers—Bombay’s pre-globalized decades—and I wanted to capture it and preserve it for my kids in particular, who were born in the U.S. and could never know Bombay the way I did. I wanted them to understand their mother and their heritage even though they were so separated from it. And of course, the book reflects on my community, the Parsis, who are demographically disappearing from Bombay after having made it their home and put their imprint on it for centuries.

The Parsis are a small community – currently about 60,000 in India, the majority of whom are in Bombay. They are Zoroastrians, the original Persians. They first fled to India’s west coast (now cities in Gujrat) almost a millennia ago from Persia (now Iran) to escape persecution from the Arab invaders. Since then, they’ve maintained their distinct religion and cultural traditions, while blending into Indian life. Every Parsi boy and girl has heard the story of our arrival in India, where we promised the Indian kings in Gujrat that we would be like sugar dissolved in milk – making life sweeter but never causing upheaval. In Bombay, there are so many philanthropic institutions and monuments built by Parsis as we “sprinkled the seeds of our gratitude,” as I say in the book, and this tiny community is held in the highest regard.   My book talks about the feeling of helplessness and loss that Parsis feel about the undeniable demographic decline in the future. By the end of this century, there will be no more Parsis left in India, or as demographers say, “statistically insignificant.”

The Bombay I grew up in was not the frenetic, globalized city Mumbai is now. It was protected, in a sense, from the ruthlessness of rapid change by the old Socialist policies of the Congress government which had not quite run their course – as I say in the book, a “slower, shyer self.” We longed then to be more connected to the world, whereas now Mumbai has so many international companies, television with hundreds of global channels, rapid (and rapacious) economic growth that is changing the face of the city. My book remembers the Bombay that was, its low-rise cityscape, colonial buildings rubbing shoulders with mid-century moderns, restaurants and cafes that were not franchises but born out of the imaginings of Bombayites. Today, some things are better, and some things are worse. Economic growth has lifted some boats, but poverty endures and life can be very hard for many in a city in which some seem to have so much. We were the last of Bombay’s pre-global children, and I wanted to capture that essence before it changed forever after economic liberalization.