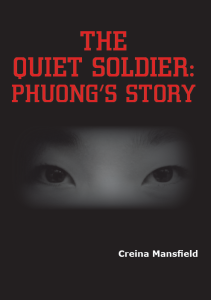 Provoked by Graham Greene’s The Quiet American, this novel tells the story of Phuong, from her childhood in the Vietnamese district of Cu Chi to her return there as a guerrilla fighter. Phuong’s unmentioned past, subdued personality, and lack of political expression are the subjects of the novel, which begins during the Vietnam war. From the tunnels of Cu Chi, Phuong fights outside a village near her birthplace. There, she recalls her upbringing, her journey to Saigon, and the years she spent there as a spy for the Vietminh. Under orders from the communist committee, Phuong ensnared Thomas Fowler, a British journalist, because he was a rich source of information. Later, Phuong was ordered to become the mistress of Alden Pyle, a newly arrived American whom she realized was, like her, a covert operator.

Read a preview of Chapter One

Pre-order your copy today from any of these online retailers: