Author Stephanie Myer’s sensation The Twilight Series has resonated with teens, and even some adults, since the first novel was published in 2005. When the movies, based on the novels, were 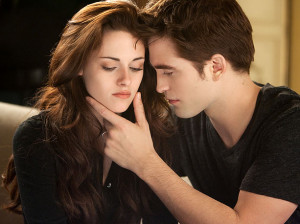 released, “twihards” and vampire/werewolf culture exploded. However, for every lover of the novels and movies, there are twice as many detractors. While the novels are obviously not astounding works of classical literature, their fan base has made them noticeable. Meyer did not write the novels with the hope that they would become classic pieces of literature, but with the hope of creating something entertaining for young adults. Little, Brown and Company, the publisher of the saga, has done well with the series that has sold over 100 million copies. The film’s final installment of the saga, Breaking Dawn Part 2, is being released on DVD and Blu-ray on March 2, 2013. The films were as popular as the novels, if not more, yet there are many differences between the two.

Bella Cullen, awakens as a transformed vampire. Her vampire husband, Edward, was forced to change her from a human to a vampire after she almost died in childbirth. Now the couple has a daughter, Renesmee, who is half human and half vampire, and she grows at an impeccable speed. If the story does not sound wild enough yet, add a werewolf, Jacob, who is in love with Renesmee because he imprinted on her, meaning he is her protector because he has already seen that in the future the two of them are soul mates. If that still is not dramatic enough, there are evil Italian vampires, known as the Volturi, who are coming to destroy the Cullen family because making immortal children is forbidden, and they do not understand that Renesmee is actually part human. There is just enough dramatic romance and supernatural existence to make this a perfect teen thriller. While the main plot and characters are the same in both the novel and the film, there are plenty new twists and changes within the film.

The amount of details and scenes that are changed in the film are too many to write for a simple movie review. Some slight changes in the film include: Renesmee is shown a lot less, Bella’s father’s attitude about the change is different, Bella’s thirst appears stronger, the ordeal Bella goes through to ensure Renesmee and Jacob’s safety is simplified, and it ends with Edward and Bella in the meadow, instead of in their cottage. However, the biggest change in the film was the twist at the end. In the novel, The Volturi leave the Cullens in peace after they are shown another human/vampire child who reached full maturity at eighteen, and has kept the vampire’s existence a secret. It is not too believable t 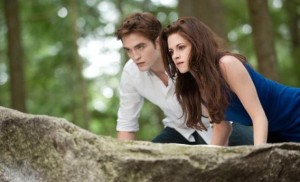 hat the Volturi, who are not only evil but also want to destroy the Cullen’s large clan, would simply leave the family alone after seeing one example of someone who is like Renesmee. In the film, the twist explains their reasoning better. Alice Cullen, who can see events of the future, shows them a vision that if they kill Renesmee, the main members of the Volturi and members of the Cullens, will also die. The vision is powerful enough to scare the Volturi, and make them change their mind and return to Italy. The twist was enough to make fans incredibly nervous, but added more clarity to the conclusion.

The Twilight Series is not popular among well-read literature crowds. Yet, it is relevant because it shows what type of stories can sell, and what will bring in revenue for publishers. The balance between the simple, pure romance combined with supernatural forces and over-the-top drama makes it exactly what many teenage girls would want to read. Since the book lacks eloquent and beautiful language and has a predictably happy ending, it does not impress literature critics. The films do not impress many movie critics either. This year Breaking Dawn Part 2 won seven “Razzie” awards, which is the opposite of an Oscar in that the “Razzie” is awarded for what they feel are the worst films. The novels and films will continue to be joked about and belittled by the detractors because they do not measure up to great classics. However, the basic ideas that love is something that lasts forever, and love puts you 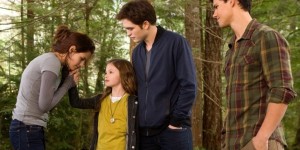 into your own type of larger than life scenario, are ones that can be relatable to by almost all types of people. Regardless if you are a true “twihard” fan, or completely detest the series, it cannot be argued that Twilight has left its mark on pop culture and inspired many other young adult authors.