The Harry Potter series is slowly becoming a literary classic. The story of the boy who lived is one of the most iconic franchises in America next to the Lord of the Rings and Star Wars, and middle and high schools are beginning add the book to their curriculums. But it’s not just success and fame that makes Harry Potter such a wonderful story; it’s the characters, their personalities and pasts that readers love.

This summer I reread the entire series and rekindled that love again. Harry’s story is one of the greatest adventures ever told. Whether he’s opening a secret chamber, turning back time, dueling with dragons, or fighting with powerful death eaters, Harry is constantly finding new adventures, which ultimately lead him to encounter the dark Lord Voldemort. Of course, none of these endeavors would be possible without his friends, proving the best adventures are shared ones. This enduring friendship is what makes readers pick up these books time and time again, and if you haven’t experienced them, it’s never too late.

The Virgin Way: If It’s Not Fun It’s Not Worth Doing by Richard Branson

Sir Richard Branson, the entrepreneurial tycoon who hails from the United Kingdom, wrote this book in a very raw form. But it isn’t a book of verbal jumble written by a rich man as he spews his knowledge all over pages, topped with a flashy cover. This book was intended for anyone who has ever cared about his or her life being more than ordinary. There are so many useful lessons in this book that would prove advantageous for businessman or women, and they all come from the printed words of a been-there-done-that professional.

Branson provides some insider knowledge about how his umbrella corporate empire Virgin Group (VG) has created a trend differentiating itself from the competition no matter what market niche VG has targeted over the years. The importance of having a leadership team that encapsulates spontaneity, boldness, wisdom, and creativity is urged throughout the book. Branson also shares his cheats on “how to listen, learn, laugh, and lead”. All of these fundamental (and intentional) “L” words, when transformed into actions, can have unparalleled beneficial advantages to your life, and the lives around you.

So, next time you are feeling downtrodden, or just feel as if life has got you down, pick up this book, and read couple pages of any chapter. You won’t regret it.

The Island of Dr. Moreau by H.G Wells

The Island of Dr. Moreau is a science fiction work that tells the story of a man, Edward Prendick, who is rescued by a passing ship after having survived a shipwreck. On this ship, Prendick meets Montegomery and his peculiar companion. Through a series of events, Montegomery rescues Prendick and takes him to the infamous Island of Dr. Moreau. Prendick is aware of the rumors that Dr. Moreau experiments with vivisection on the island. The story that follows Prendick’s arrival on the island is certainly not for the light hearted. Wells provides a critical view of human nature through the characters, some human and some not fully so, that forces the reader to consider human nature and all of its complexities. With its constant rising action, skillfully created symbols, and fascinating characters, The Island of Dr. Moreau is a must read.

The Great Divorce by C.S. Lewis

As readers we often find it a grueling task when someone asks us to name our favorite book. That’s like asking an artist to choose a favorite color, or a chef about their favorite dish. No matter our medium of art, picking a favorite is difficult. I decided to come from a different angle on this particular task. Non-fiction is my favorite genre, but every good writer, or avid reader, needs to be diverse. So I chose to think about a book that impacted my life. In that vein of thought, it was a fiction book that impacted my life the most.

The book I found, a masterpiece of fiction, a compass that would change my worldview and my life is The Great Divorce by C.S. Lewis. This book, although it is Christian fiction, helped me to initiate and survive my own great divorce—a much needed divorce, a divorce from self. I don’t want to give any spoilers (and it’s very easy to do with this story); however, the great divorce is the separation of flesh and spirit. It is the belief that to find true peace of mind is to live by the spiritual aspects of life rather than the natural, or by always feeding the never ending desires of the flesh.

Before you think I sound preachy, the book does not really proselytize Christianity. It simply eludes to the tenants of that faith. It is however a book that will capture you and knowing several people that have read it in a day, I know this page turner is something you won’t want to put down. 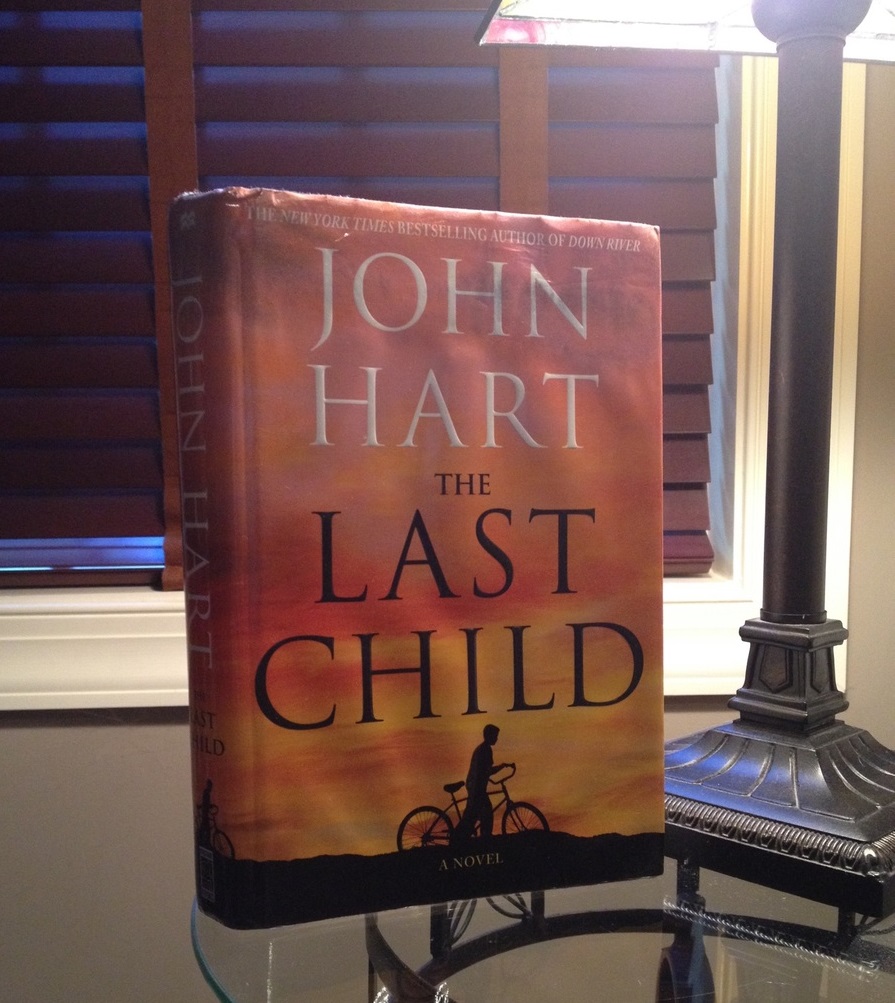 The Last Child by John Hart

John Hart’s The Last Child is an exceptionally thrilling piece of fiction that guides the reader through a fast paced journey of suspense. The plot centers on Johnny Merrimon, a thirteen-year-old boy whose life is forever altered when his beloved twin sister goes missing. Hart masterfully weaves mystery after mystery, tantalizing readers with what seems like a hint of closure, only to reveal that there is still a piece missing of the puzzle. The novel fearlessly explores the dark sides of grief and desperation as it portrays a family torn apart by tragedy.

Hart’s decision to make Johnny the courageous hero of the story makes it a particularly compelling read. Johnny’s risky excursions, wrought with danger, constantly keep readers on their toes. Seeking his sister’s justice, a world of maturity is thrust onto Johnny subsequently resulting in the sacrifice of his childhood innocence.

While the novel embodies the essence of every parent’s worst nightmare, there also lies a tale within of unhindered courage and hope from a young child driven by a much stronger force than fear: love. Hart creates a riveting story that is suitable for any reader who is willing to get lost in a book that will keep the mind enraptured from beginning to end.

Hey #veterans! Heading back to school this fall? P

We asked author @john.h.davis.writer about the dif

Happy 4th! 🇺🇸 Did you know this American Go