Dahlonega, GA—August 11, 2021—The University of North Georgia Press is pleased to announce our latest children’s book release: UNG Best Day Ever!: The Legacy of UNG’s Gainesville Campus, the second in the UNG Legacy series, co-written by Bonita Jacobs and Richard Oates and illustrated by J’Nelle Short. The book releases August 28, 2021 to align with Gainesville’s annual Starlight Celebration and Fireworks and costs $29.99. All proceeds from the series go directly to student scholarships across all five UNG campuses.

Since he started school at the University of North Georgia’s Gainesville campus, Ana Green’s dad keeps talking about his best day ever. As the Green family prepares for the annual Starlight Celebration by touring campus and visiting Gainesville landmarks, Ana is determined to discover what makes a good day great. Will Ana make the Starlight Celebration the Best Day Ever?

In an approachable picture book format, University of North Georgia president Dr. Bonita Jacobs has collaborated with Dr. Richard Oates, v-p of the Gainesville campus, to capture the history and cultural diversity of the Gainesville campus, as seen through the eyes of a child. Following young Ana Green, her UNG alumnus father, and her grandmother, the book explores the power of an education within a multi-generational family and in the greater community. Illustrator J’Nelle Short highlights the beauty of familiar landmarks downtown and around campus that will inspire young readers and Gainesville natives to get outside and take pride in their city.

Bonita Jacobs is president of the University of North Georgia. She took office as the 17th president of North Georgia College & State University in July 2011 as the University’s first woman president and only the second to lead one of the country’s six Senior Military Colleges. In 2014, Jacobs was named as one of the “100 Most Influential Georgians” by Georgia Trend magazine and as one of the “Top Education Leaders in Atlanta” by the Atlanta Business Chronicle in 2013 and 2014. Among her many initiatives at UNG, Dr. Jacobs’ scholarship support for students has been a major priority. Her inauguration in 2013 was celebrated with the first Scholarship Gala. Since then, the UNG Foundation has raised more than $7 million for scholarships.

Richard Oates is vice president of the Gainesville Campus and Professor of Physical Education at the University of North Georgia (UNG). In 2012, Oates was recognized by the Atlanta Business Chronicle as one of the “Top 100 Leaders in Education” for the metro Atlanta area. He has served as vice president and on the Executive Board of the National Association for Kinesiology in Higher Education (NAKHE), through which he was recognized as its 2016 Distinguished Administrator and received the association’s distinguished service award in 2020. He currently serves the Boy Scouts of America as a member of the Northeast Georgia Council’s Executive Committee and on the Board of Directors of the Elachee Nature Center, the Northeast Georgia YMCA, and the UNG Athletics Hall of Fame.

J’Nelle Short grew up in East Texas and attended Stephen F. Austin University where she earned her BFA. Upon graduating, she worked as a graphic artist for six years before finding her calling in education. She has been cultivating the creativity of her students for 33 years through her art classes and has been named “Teacher of the Year” six times. Short is a vibrant force in her community, serving as coordinator of the annual Veterans Day Celebration, Operation Fly-a-Flag, and Garden Club. Her art passions are many but include watercolor, graphic design, and large-scale murals. She loves life and enjoys decorating, traveling, and scuba diving.

UNG Best Day Ever!: The Legacy of UNG’s Gainesville Campus (978-1-940771-75-5) is an 8.5 x 11 hardback, priced at $29.99. It is printed in full color with illustrations on every page and is designed for Level 5 readers. In addition to the captivating story and images, children will delight in trying to find the hidden Best Day Ever graduation coins on every page as they tour UNG’s Gainesville campus with the Green family. Back matter includes a map and history of the campus. For an additional donation, UNG Best Day Ever! 2022 Planners featuring the beautiful artwork from the picture book are available for a limited time. Giveaways and additional information can be found on UNG Press’s homepage. 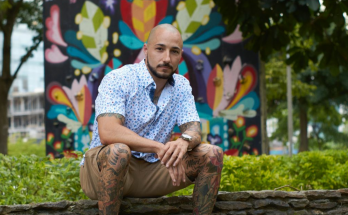 Ask the Author: John H. Davis on the Military-to-College Transition

3 Comments on “New Picture Book “UNG Best Day Ever!” Celebrates the History of the Gainesville Campus and Community”