You may know that 193 countries make-up the United Nations (UN), but did you know that there are 6 official languages for the UN? Arabic, Chinese, English, Spanish, French, and Russian are the official languages. This means all official UN documents and announcements are available in each language. In 2010, the Department of Global Communications established language days to celebrate multilingualism and cultural diversity.

Russian Language Day is June 6, the birthday of Aleksandr Pushkin, who is considered the father of modern Russian literature. Today, we’re honoring 5 Russian authors whose contributions influenced the world. 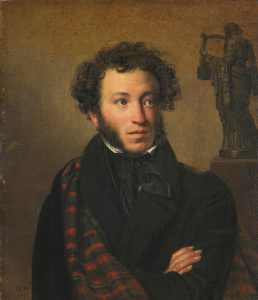 Aleksandr Pushkin began his literary career in 1814 with the publication of the poem “To My Friend, the Poet.” As a child, he was exposed to Russian folklores, which largely influenced his body of works, as seen in the romantic poem Ruslan i Lyudmila (1820). Pushkin’s political poems resulted in his exile from St. Petersburg in the same year.

Pushkin’s works were some of the earliest to show contemporary Russia as a setting. He defied genre standards of the time and reinvented the realm of Russian literature. Even today, his works move beyond their national barrier. 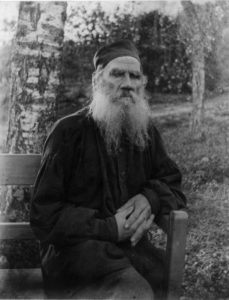 Leo Tolstoy’s most famous works are also his longest. War and Peace and Anna Karenia both show a “human experience rooted in an appreciation of everyday life” and are still considered literary masterpieces.

Tolstoy’s writing largely discusses morality and ethics, including the idea of nonresistance. Amplified by his poetic mastery of language, these ideas directly influenced other famous proponents of nonviolent resistance, like Gandhi. Tolstoy also dedicated a majority of his life to pedagogy, even building a school for the peasant children on his estate. 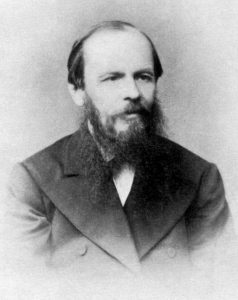 Unlike Pushkin and Tolstoy, Frodor Dostoyevsky was not born into the landed gentry. This origin meant that Dostoyevsky had a unique perspective to share on the effects of poverty, his characters struggling with it psychologically.

Dostoyevsky’s most famous novel, Crime and Punishment, was influenced by his revolutionary ideas, which led to his arrest. In December 1849, Dostoyevsky and other prisoners were brought in front of a firing squad. Three men were killed before the tsar ‘changed his mind’ and let the others live.

Dostoyevsky is considered one of the “greatest psychologist in the history of literature” as he explored insanity, murder, suicide, and depression. Today, we can credit the prison camp novel and the dystopian novel to Dostoyevsky’s lasting influence. 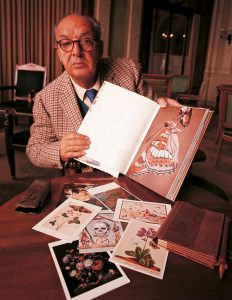 Vladimir Nabokov was born in Russian, but his family fled to Europe after World War I. Nobokov began publishing when he lived in Berlin. His work was popular, but none earned him fame and wealth like Lolita (1955). The novel is often a source of controversy due to the unreliable, pedophiliac narrator, Humbert Humbert. The novel’s publication in America sold 100,000 copies in the first three weeks. It was adopted numerous times and is listed in TIME’s List of the 100 Best Novels. 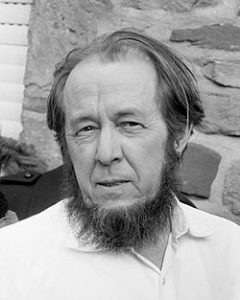 Aleksandr Solzhenitsyn’s works are intrinsically influenced by his experiences in Stalin-controlled Russia. Solzhenitsyn spent 8 years in prisons and labor camps due to his criticism of Stalin. This experience transformed his writing and is seen in his first novel, One Day in the Life of Ivan Denisovich (1962). This novel influenced other writers to share their imprisonment experiences.

Solzhenitsyn continued to publish, this time abroad. His most notable work, The Gulag Archipelago, was published in three volumes to much acclaim. Solzhenitsyn was awarded the Nobel Prize for Literature in 1970.

One Comment on “Celebrating Russian Authors on Russian Language Day”