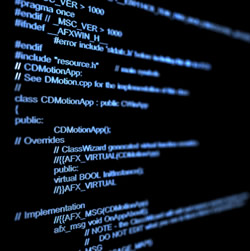 On November 16, the Mike Cottrell College of Business Computer Science programming team placed 5th out of 30 teams in the CCSC Southeast Programming Contest held at Furman University in Greenville, SC.  This was the teams’ best showing since 2007, the the team placed 4th out of 25 teams.

“We’re very proud of the 5th place finish out of 30 strong, competitive teams from among our peer universities,” said Dr. Bryson Payne, department head of the Mike Cottrell College of Business department of Computer Science and Information Systems. “We owe special thanks to the team’s faculty sponsor, Dr. Markus Hitz, and to UNG alumnus, team coach and mentor Robert Brown.”

Payne added, “Ranking in the top five at the CCSC Southeast competition bodes well for our teams at the spring programming competition at Mercer. They’ll be up against teams from Georgia Tech, Auburn, and other top computer science and engineering schools, and the strong finish at CCSC was an important team-building event. I think we will see our best ranking ever at our next event.”

Coming Back Home to Serve His Hometown

The Ups and Downs of Remote Learning