Skip to content
In its inaugural season of competition, the UNG women’s track and field team placed fourth out of eight teams at the 2017 Peach Belt Conference (PBC) Championship.Nova Southeastern set a meet-scoring record with 214.5 points to claim the team title and was followed by UNC Pembroke (159), Montevallo (154.5), UNG (74) and Florida Tech (73) rounding out the top five.

Truitt is the PBC 800-meter champion and was third in the 1500-meter. Johnson is an All-Conference honoree in both the 400- and 800-meter races. 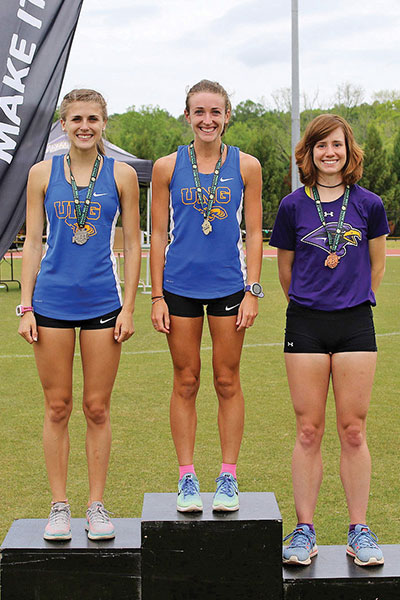