Senior Heather Callahan-Williams was not surprised that UNG received the recognition. She said the university has been helpful to military spouses such as herself, whose husband deployed with the U.S. Army Reserve while she was enrolled at UNG.

“I knew I could reach out to people if I needed to and they would accommodate me,” she said.

Since 2009, the Military Spouse Friendly Schools list has been used as a resource for military spouses and is based on a set of standards for higher education institutions.

Data sources from federal agencies and proprietary survey information from participating organizations are used to create a comprehensive guide for military spouses looking to further their education. 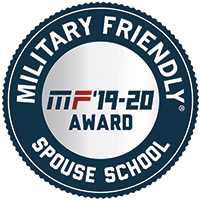