UNG’s athletic department kicked off the third annual Operation Nighthawks of Honor initiative Oct. 18, as it recognized fallen service members who are former UNG students.Each of the university’s sports teams was assigned a UNG graduate or former student who was killed in action while serving the country; each team commemorates that service member throughout the season.

To commemorate the centennial of World War I, all 13 former UNG students in this year’s Operation Nighthawks of Honor class were associated with service in, or died during combat in WWI.

Nighthawk Athletics has donated more than $1,800 to the UNG Boar’s Head Brigade Corps of Cadets Endowed Scholarship Fund since the initiative’s inception on the 14th anniversary of the Sept. 11 attacks.

“Operation Nighthawks of Honor is a special initiative that recognizes UNG’s rich tradition of military excellence,” Reeves said. “Our tight community of Nighthawks greatly respects and appreciates all that armed service members, past and present, sacrifice for our country. 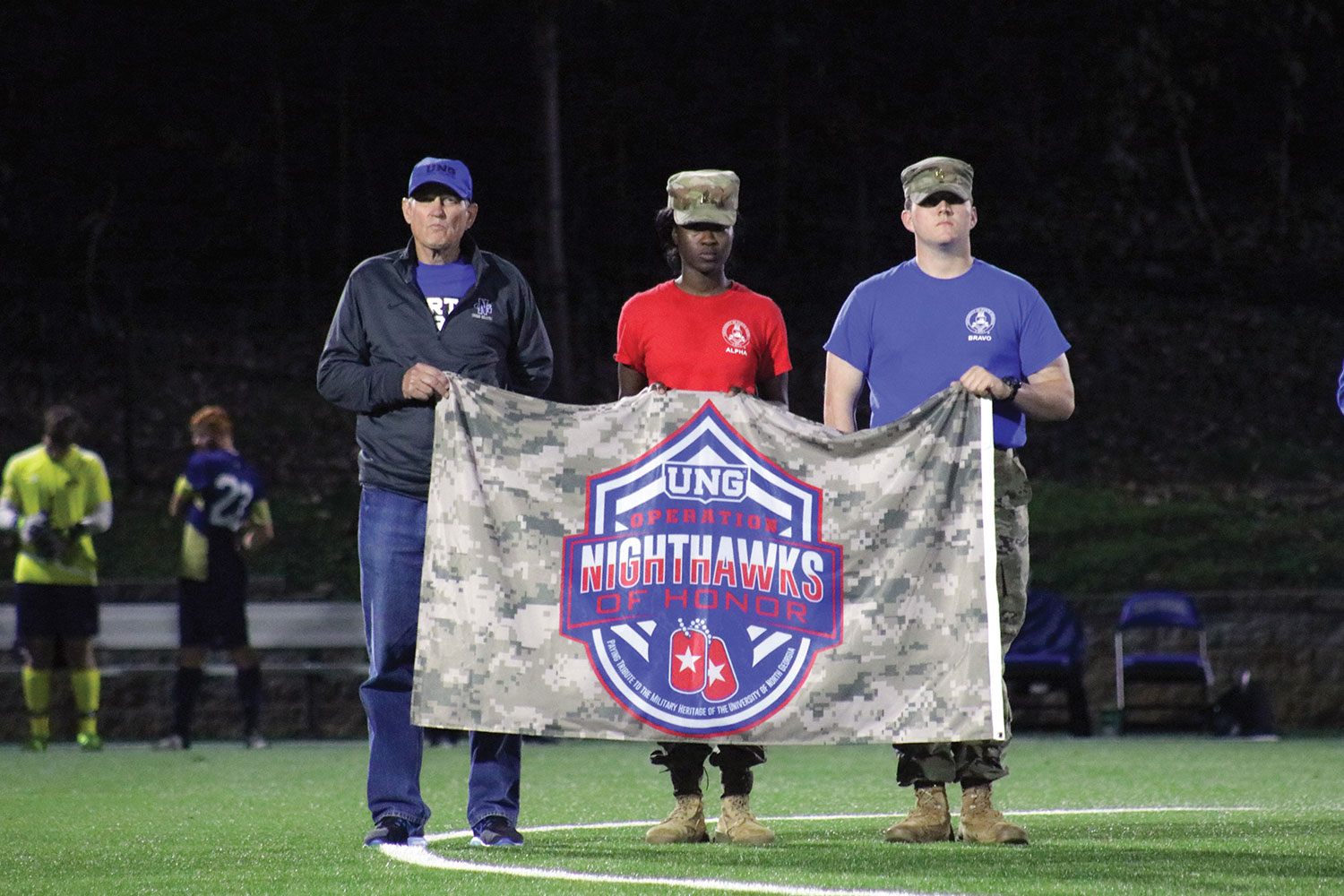 ”Earlier in 2017, Operation Nighthawks of Honor earned one of the NCAA’s highest honors when it was awarded the NCAA Award of Excellence at the 2017 NCAA National Convention in Nashville, Tennessee. The award exemplifies positive campus and community engagement events hosted during the previous year; UNG received a trophy, a $1,500 award and a nationally televised basketball game next season.