Gen. Stephen J. Townsend, a 1982 graduate of UNG, assumed command of Fort Eustis, Virginia, and U.S. Army Training Doctrine and Command (TRADOC) on March 2. The command includes among its many units Cadet Command, which oversees 20,000 cadets in hundreds of ROTC programs and the nation’s six senior military colleges – including UNG, where Townsend started his military career.

The summer before his senior year, Cadet Col. Stephen Townsend of Griffin, Georgia, led the Corps of Cadets to the top spot among ROTC programs taking part in advanced camp at Fort Bragg. The accomplishment was part of the determination exhibited by Townsend during his time as a cadet. He was named Outstanding Squad Leader and won the MacArthur Memorial Foundation Award for excellence. Before commissioning as a second lieutenant in the infantry, he earned the parachutist badge, air assault badge, and the expert marksman badge for rifle and grenade. 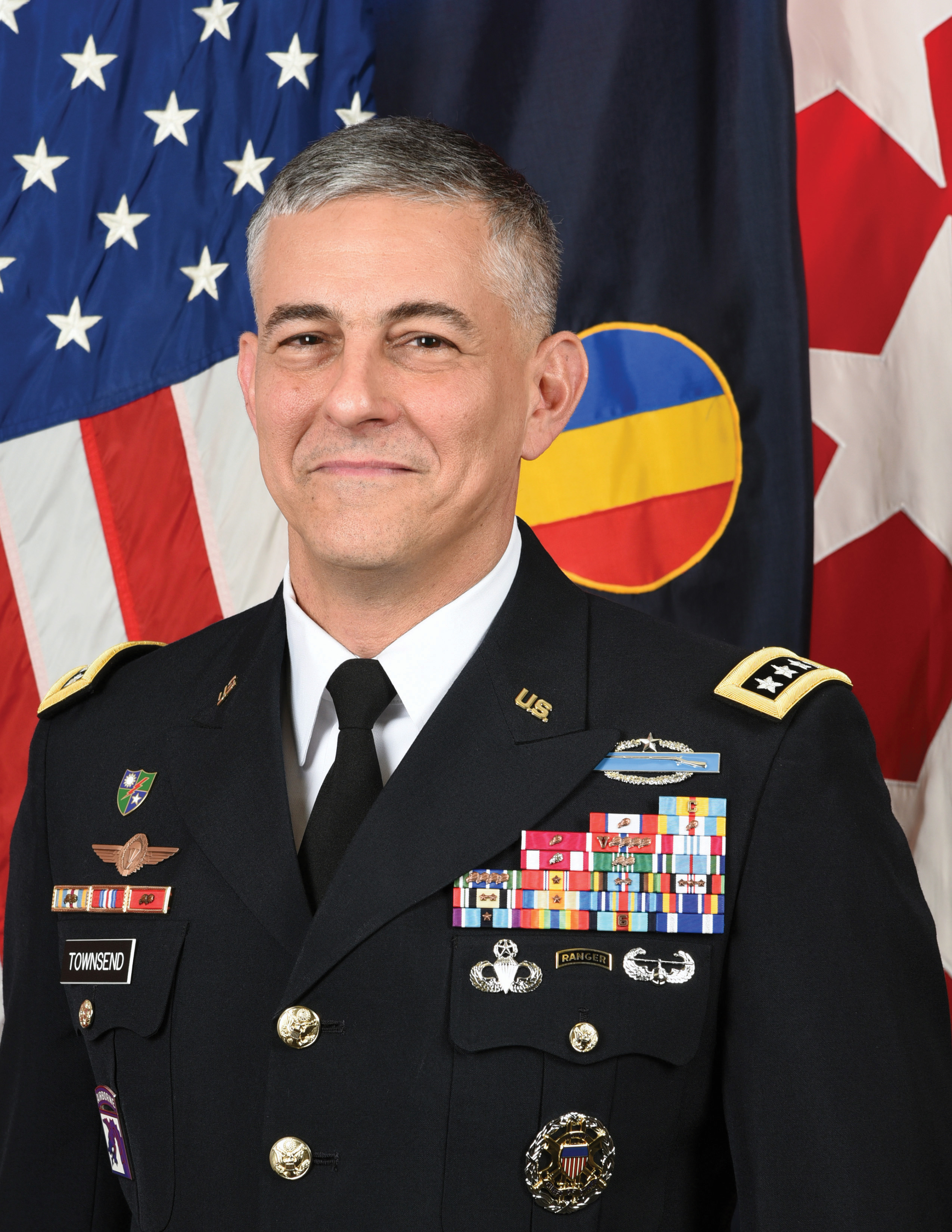 In William Pittman Roberts’ 1998 book “Georgia’s Best Kept Secret: A History of North Georgia College,” Townsend talked about his achievements: “I didn’t think I did anything special. I just wanted to go up the ladder of progression as fast as possible.”

This spring, Townsend ascended to the top of that ladder by becoming a four-star general – the highest rank available in a peacetime Army.

Army Chief of Staff Gen. Mark A. Milley, who hosted the change of command ceremony at TRADOC, noted Townsend’s talent and character in welcoming the new commanding general.

“This is a guy who has incredible competence, he’s got tremendous intellect, and he’s got extraordinary experience,” Milley said. “I have no doubt he is going to take TRADOC to the next level.”

In assuming command, Townsend noted he is ready to serve “TRADOC’s important mission.”

“To the leaders and soldiers of the United States Army – TRADOC is the Army’s architect, builder and teacher,” Townsend said during the ceremony. “I promise that you can count on us to continue to do our part to ensure that the U.S. Army remains the premier, full-spectrum land force in the world – both now, and in the future.”

During his four years at UNG, Townsend learned lessons in leadership from two alumni who each served as both professor of military science and commandant: Col. Ben Purcell ‘50 and Col. Haines Hill ‘56. It was during Hill’s tenure – Townsend’s junior and senior years – that Townsend was chosen as brigade commander.

“Steve had been noticed by the staff, my officers, in his sophomore year as an up-and-coming individual,” Hill said. “There was no doubt after summer camp that he would be the brigade commander. I can remember he was just an outstanding young man and I believe anything he would have gone into, he would have done well because he did well at North Georgia. He just personified military, and you knew he was going to do well.”

Townsend considers his time at UNG to have been important to his successful military career.

“I consider the leadership foundation instilled in the cadets at North Georgia a key part of any success I’ve had and am forever grateful to UNG for the education and leadership skills it provides to its students,” Townsend said. 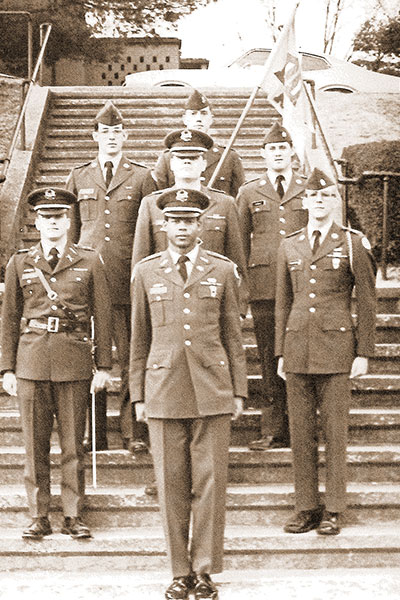 Townsend, second row right, is the first sergeant of Alpha Company, “the backbone of our company,” according to the Cyclops yearbook. 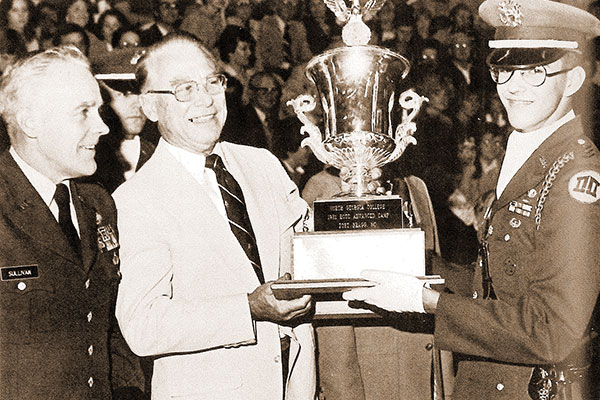 Hill likewise attributes the success of Townsend, and the other 50-plus general officers who are alumni of UNG, to the skills learned at the university and the Corps of Cadets.“One of the things that I used to talk about was the fact that North Georgia cadets are well-trained, and, if you will do your job, you will be head-and-shoulders above most of the other officers, and, if you do a little bit more, you’ll really do well,” Hill said. “Well, obviously, Steve did a lot better than his peers.”

Beyond Cadet Command, TRADOC is responsible for all Army training and oversees six major subordinate centers and commands and 32 Army schools that train more than 500,000 soldiers and service members each year.

“I am humbled to have been selected to command the Army’s Training and Doctrine Command, and I look forward to the opportunity to help shape Army recruiting, training, doctrine, and leader development,” Townsend said.

Townsend is only the second four-star alumnus to graduate from UNG; Gen. William “Lipp” Livsey, for whom the drill field at UNG’s Dahlonega Campus is named, was the first. 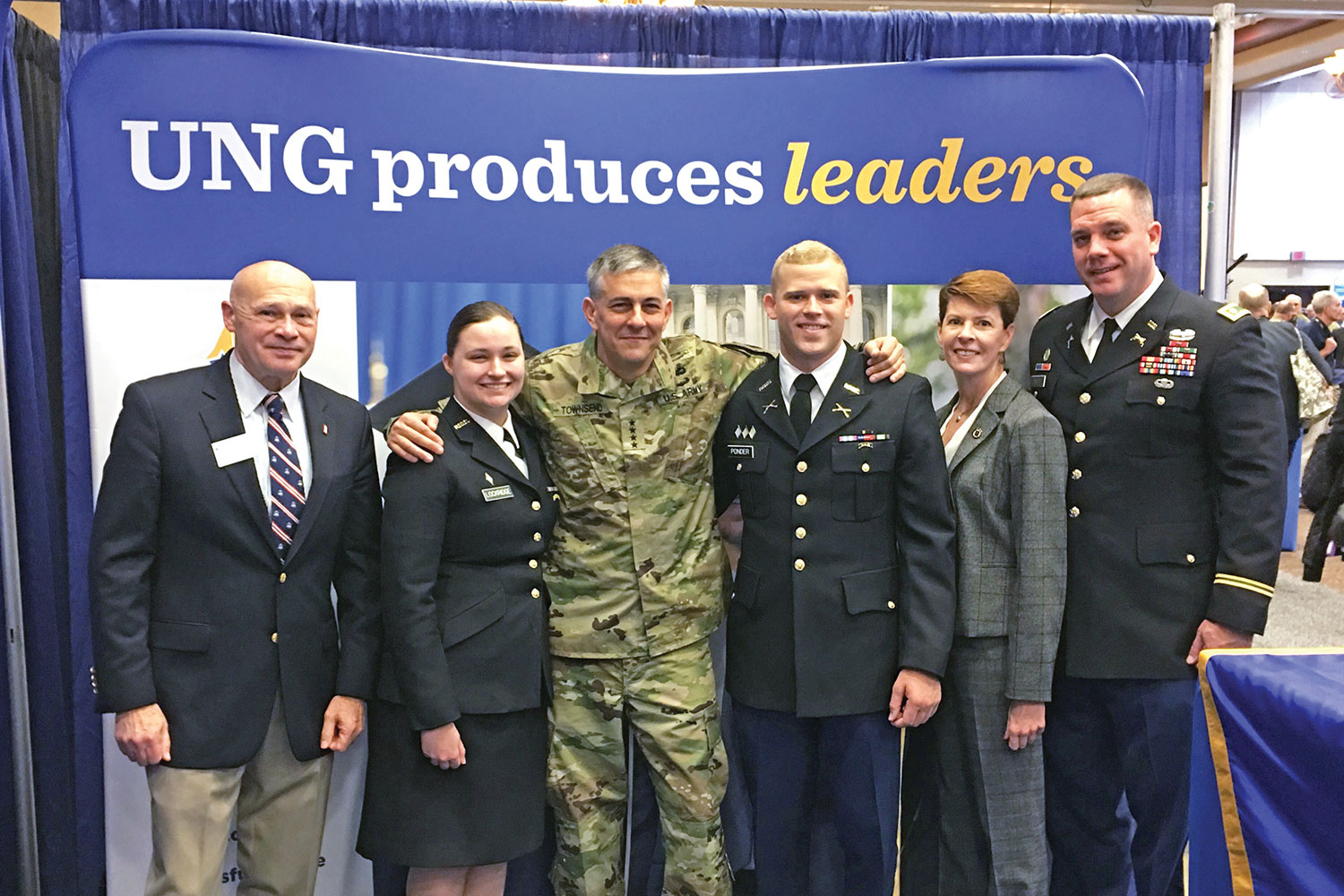 “It’s no surprise to us that General Townsend has achieved four-star rank. We’ve been following his career and fully recognize that he’s an unsurpassed leader who has contributed in the most significant ways to our nation’s security,” said retired Col. Billy Wells, senior vice president for leadership and global engagement and executive director of the Institute for Leadership and Strategic Studies at UNG. “We’re extremely proud to count him among our cadet alumni.”

Hill, too, said he is proud of his former student and fellow alumnus and shared the news when he learned one of his cadets was going to be a four-star general.

“I told everybody I could see,” Hill said with a laugh. “I have a lot of friends who have been in the military, and I’m just as proud as I could be.”

Townsend has led soldiers at every level and has had multiple deployments to Iraq and Afghanistan. He previously was commanding general of XVIII Airborne Corps and Fort Bragg, North Carolina. From August 2016 until September 2017 he served as the commanding general of Combined Joint Task Force – Operation Inherent Resolve, the 70-nation coalition working by, with and through partner forces in Iraq and Syria to defeat the Islamic State of Iraq (ISIL). During his command of CJTF-OIR, Townsend oversaw the liberation of 1.6 million people and 40,000 square kilometers of ISIL-held territory, including Mosul, the ISIL capital in Iraq. 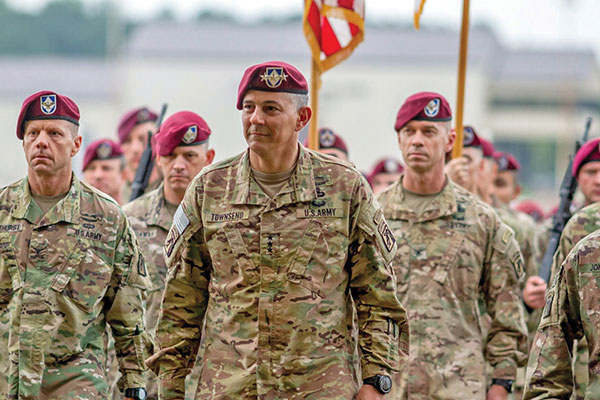 Townsend and the XVIII Airborne Corps return to Fort Bragg in September 2017 after deployment overseas to fight ISIS.

Townsend earned a bachelor’s degree in psychology from UNG and has two master’s degrees. He has a number of awards and decorations, including the Combat Infantryman Badge (with star), Combat Action Badge, Expert Infantryman Badge, Master Parachutist Badge, Air Assault Badge, and Ranger Tab.

Townsend graduated from Griffin High School in 1978. He is married to Melissa Crawford Townsend, who attended UNG from 1978-81 before transferring to the Medical College of Georgia in Augusta where she graduated in 1983. 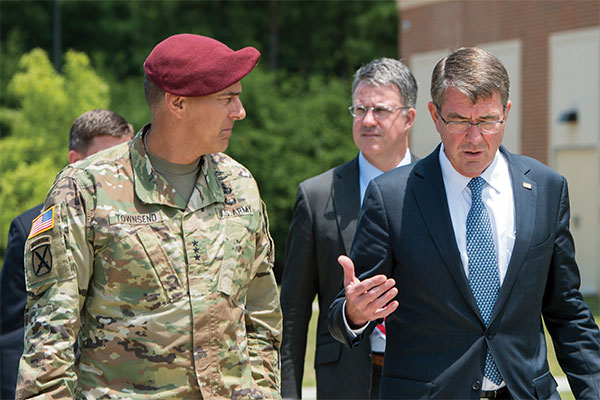 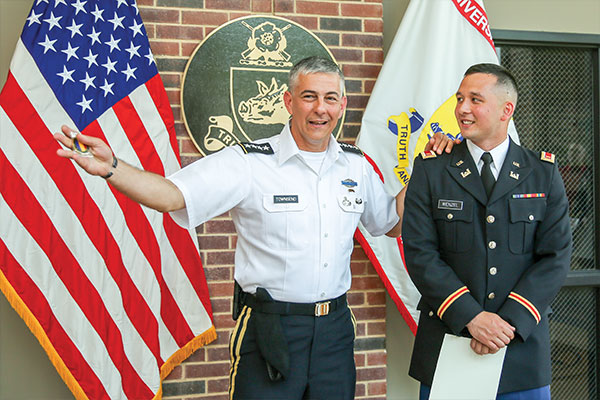 Gen. Stephen Townsend congratulates 2nd Lt. Bryton Wenzel upon his commissioning after a ceremony held May 4, 2018, at UNG. Townsend also was keynote speaker for the May 4 commencement ceremony for graduates of the College of Arts & Letters.
We’ve been following his career and fully recognize that he’s an unsurpassed leader who has contributed in the most significant ways to our nation’s security.
-Col. Billy Wells, UNG’s senior vice president for leadership and global engagement