UNG faculty have responded to President Bonita Jacobs’ challenge to increase scholarly activity and innovation by devising projects ranging from capturing a range of real-world experiences with 360-degree cameras and crafting a Spanish course for law enforcement to producing a short film about a postapocalyptic world.Now, they are implementing those ideas through the Presidential Incentive Awards program.

Jacobs initiated the program in 2013 to incentivize faculty and staff scholarship in its many forms, ranging from research to creative innovations.

“Since launching the Presidential Incentive Awards program, I am pleased to have awarded more than $1 million in support of more than 168 professional development, research and innovation projects across UNG’s campuses,” Jacobs said. “These awards are a key

investment in our faculty and staff, and the knowledge and expertise gained, the improved practices, and the resulting initiatives have significantly enhanced the educational experience of our students.”

The three types of awards are: semester allocating up to $12,000 with a full release from teaching and service for one semester; summer for $10,000; and innovation for $5,000. Each award allows faculty members time and money to focus on research, scholarship and creative activities within the calendar year.“Each year has seen an increase in both the number of applicants and the caliber of the work being proposed,” said Dr. Andy Novobilski, associate provost for research and engagement and chief research officer at UNG. “It has made the awards a lot more competitive, which in turn is reflected by the growing number of projects receiving external funding as well.” 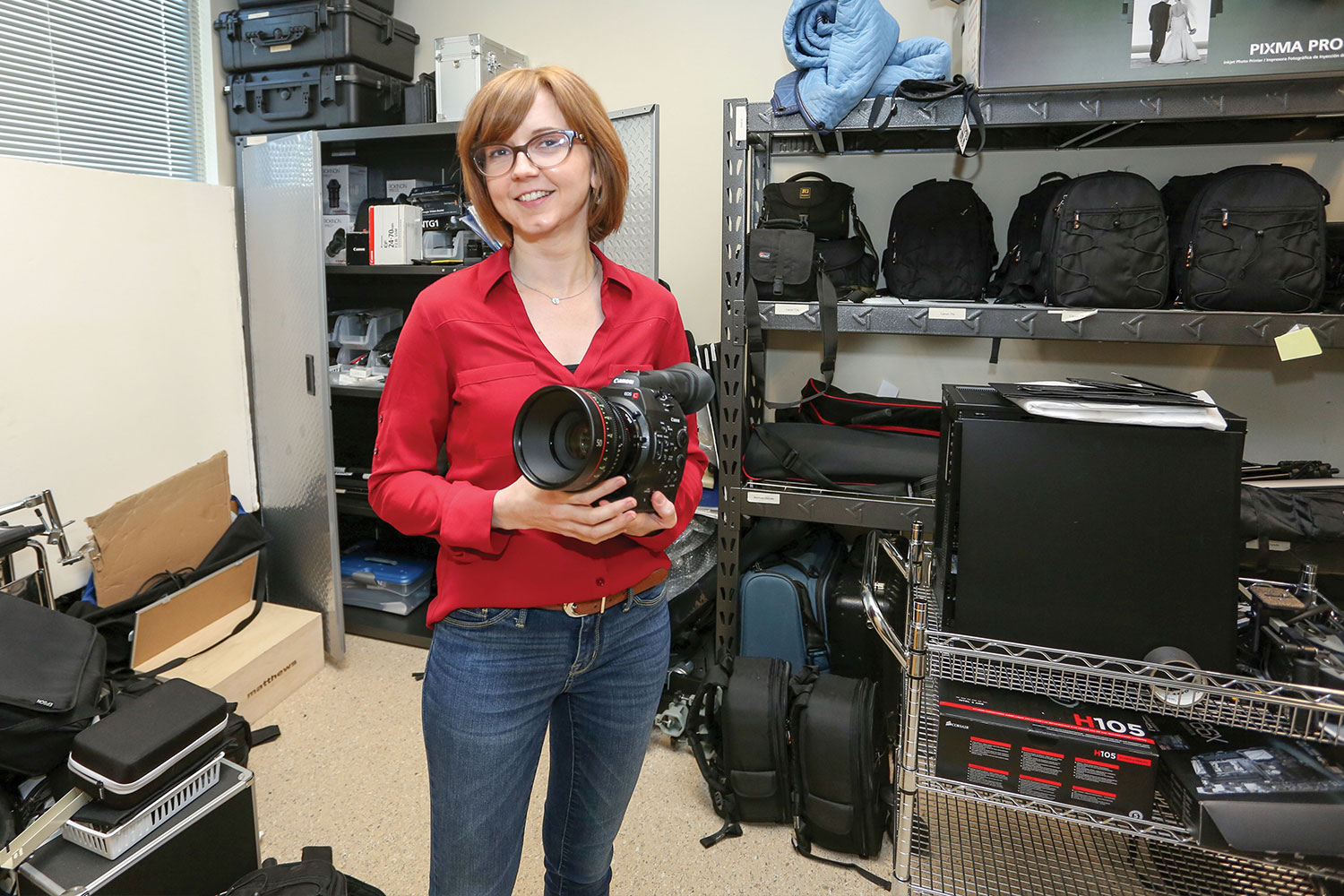 Allison Hogue, a lecturer of film and digital media at UNG, won a Presidential Incentive Award in 2018. She used her award to produce a short film, “Dead Winter,” using UNG students as crew members.

In January 2018, almost $350,000 was awarded to 43 UNG faculty and staff members, including Allison Hogue.Hogue, a lecturer of film and digital media at UNG, has used her $5,000 award to introduce audiences to her vision of a postapocalyptic world. She is producing a short film, “Dead Winter,” in Gainesville, Georgia, using film industry professionals and UNG students as crew members.

“As a former film student, I remember how beneficial it was to make industry connections outside of the university,” said Hogue, who has worked on reality shows “Shark Tank,” “American Idol,” “America’s Got Talent,” and “Project Runway.” “I want to give students the chance to work with professionals and make those connections, because when they graduate they can reach out to them for potential work in the industry.”

Hogue explained the film and opportunity it provided to UNG students would not have happened as soon without the Presidential Incentive Award. Hogue said she raised about $3,000 for the project, but needed more to make the movie. The money from UNG pushed the project’s financial budget to $8,000.

“That put us in a solid place to make it and make it well,” Hogue said, adding she was humbled and honored to receive the award. “The story and project are personal, but I wanted it to be beneficial to my students as well, and it means a lot that we have the support of the university.”

The project’s effect on UNG students participating in the film shoot was apparent during the second day of filming.

“It’s ultimately the biggest final exam ever of ‘Can you make an actual film?” said Jordan Hood, a 22-year-old senior majoring in film and digital media. “It’s been really wonderful and nice to be tested.”

The Gainesville resident assumed the role of assistant editor and digital imaging tech (DIT). That means he handled the video footage and files, which led him to use the experience as his Capstone project.

“I can show that this is an example of what I did on set, how fast I can turn it around and how I can do the job as a DIT,” Hood said.

Jason Winn, director of “Dead Winter,” explained some things can’t be taught in a classroom.

“Five days with professionals on a set is worth more than three months in a classroom,” the part-time lecturer of film and digital media at UNG said. “And when the two coincide together, the students are getting the experience, confidence and understanding of how the system works.”

Since UNG launched the film and digital media program in fall 2015, 55 students have been awarded bachelor’s degrees in that discipline.

“Our program is designed to prepare students to work in the film and television industry, and opportunities such as these help open doors and develop new contacts in Georgia’s exploding film industry,” said Dr. Jeff Marker, head of the Department of Communication, Media and Journalism at UNG. 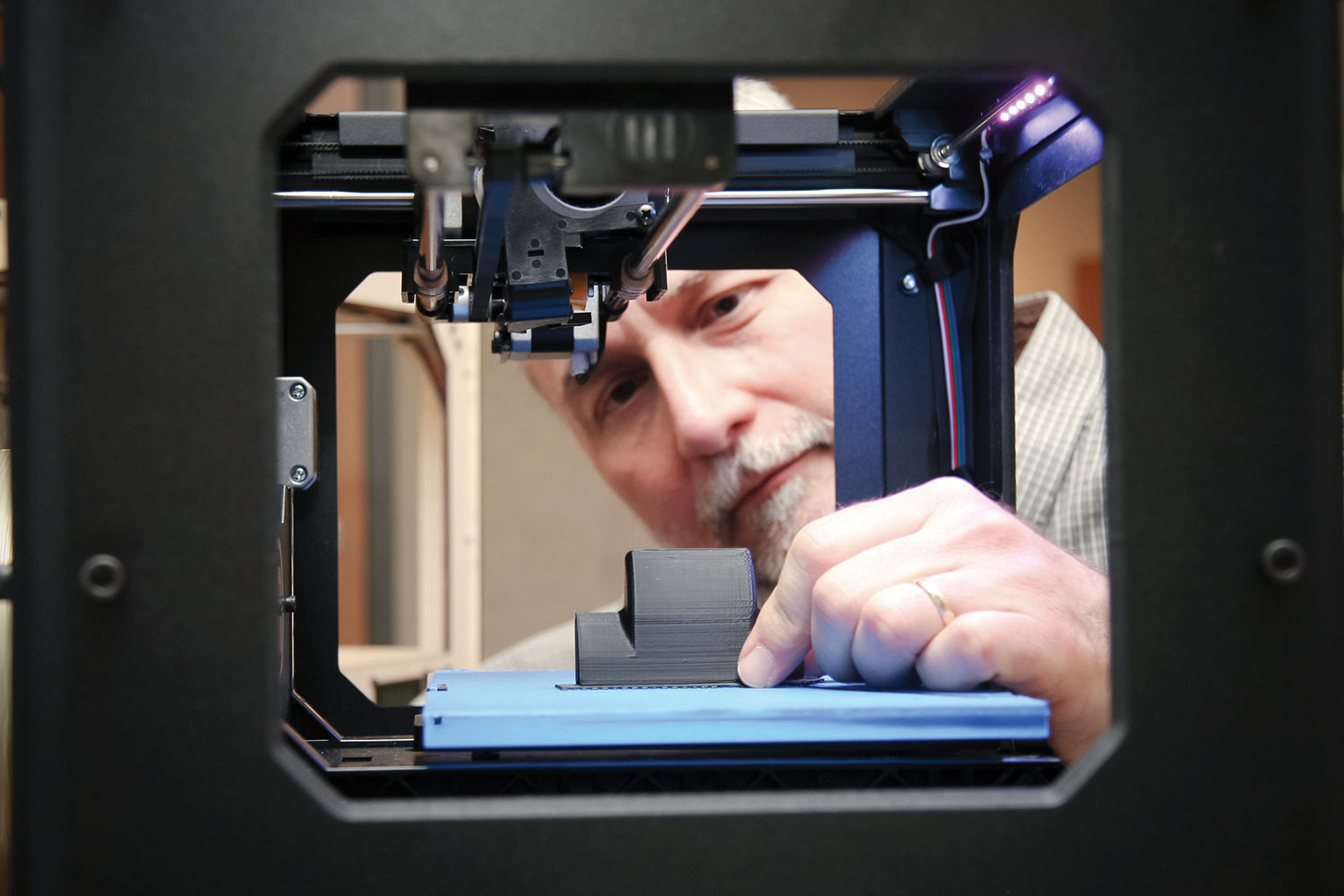 Dr. Jon Mehlferber, associate professor of visual arts at UNG, was awarded one of the first Presidential Incentive Awards in 2013. It lead to a graduate research project that used 3D printing to create cost-efficient devices designed to help children with disabilities participate in more activities.

While the film shoot with professionals could have an immediate impact on UNG students and recent graduates, other Presidential Incentive Awards may evolve into a permanent program.Case in point is a presidential award given to Dr. Jon Mehlferber, associate professor of visual arts at UNG. He and former UNG faculty members, Alison Alhedeff and Dr. Terri Millard, were given one of the first Presidential Incentive Awards in 2013 to lead a graduate research project that uses 3D printing to create cost-efficient devices designed to help children with disabilities participate in more activities.

Mehlferber said Millard and Alhedeff were working with pediatric patients who needed help moving their bodies. They were trying to accomplish this task by making it a fun activity, such as riding a bike or a horse.

The single task of riding a bike, however, required a team of people, Mehlferber said.

Then Mehlferber, Millard, Alhedeff, and graduate students invented an assistive device and used a 3D printer to

create it. The device was then attached to the child, allowing him or her to pedal and steer the bicycle or ride the horse on their own, with only minimal intervention from adults.The results were immediately visible to Mehlferber and it touched his heart.

“For me, it’s about seeing the smile on the child’s face,” he said, noting the device has been submitted to the U.S. Patent and Trademark Office.

This single experimental program led students to present their findings at national conferences. It also led to the expansion of 3D printer usage at UNG.

Mehlferber said the 32 pieces of equipment and technology are open for use to all majors and departments across the university.

“And it’s helping to put UNG on the map,” he said.