Skip to content
Officials broke ground on UNG’s Convocation Center in June 2016 and have anxiously awaited opening the 103,000-square-foot multi-use facility on the southwest side of UNG’s Dahlonega Campus. The Convocation Center officially opened to students and faculty in March 2018.
“We have been eager for this facility to open, and it is very exciting to see it come to fruition,” UNG President Bonita Jacobs said. “The Convocation Center will become a focal point of campus life for the UNG community, and I look forward to celebrating its opening and seeing the academic programs and student and community activities that it will house.”

The Convocation Center becomes the main arena for large UNG activities such as basketball games, commencement ceremonies, concerts and military training exercises. It will also host community and regional events, such as job fairs, tournaments and large-scale meetings.

The Convocation Center also had a huge impact on UNG’s commencement ceremonies. All graduation ceremonies were held in the center on the Dahlonega Campus. In the past few years because of space constraints of existing facilities and the increasing number of graduates, the university had to limit the number of commencement tickets occasionally to as few as four per graduate. Recently, UNG increased the number of ceremonies each semester to provide more tickets per graduate, having as many as seven ceremonies during spring semester.

“With an increasing number of graduates participating in commencement each year, we really have outgrown our other venues,” said Anna Brown, director of university events at UNG.

The university held three commencement ceremonies in May and offered seven to eight tickets per graduate, depending upon the number of graduates in each ceremony.

Nighthawks fans got a sneak peek of the new facility during the university’s homecoming basketball games Feb. 24. A week later, UNG hosted the Women’s Peach Belt Tournament Championship for the first time with the Nighthawks christening the new arena with UNG’s first-ever conference tournament title.

“The opening of the Convocation Center was a crowning moment for not only our basketball teams, but for the entire UNG campus community and the north Georgia region,” said Lindsay Reeves, director of athletics at UNG. “Having perhaps the country’s best NCAA Division II facility will have an immediate and visible impact on both our student-athlete and fan experiences. Our basketball programs are honored to be able to call the Convocation Center their new home.”

During a regular-season basketball game, UNG’s Memorial Hall Gymnasium can accommodate about 1,000 students, faculty and staff to cheer on the Nighthawks women’s and men’s teams. The capacity for the number of fans tripled when UNG opened its long-awaited Convocation Center with its 3,600-seat arena.

“Right behind the goal on the north side of the gym are 400 seats,” said Ken Crowe, assistant vice president of facilities at UNG. “That is almost half the seats in Memorial Hall.”

The Convocation Center is also home to UNG’s kinesiology department, with four classrooms and three labs. Each classroom has windows facing the campus, revealing a view of UNG’s historic buildings as well as the north Georgia mountains.

Of the four classrooms, one is a Technology Enhanced Active Learning lab. It groups students around eight tables or work stations with screens videoing their work and projecting it on a nearby screen. This provides a unique interactive learning environment among students.

The three labs inside the Convocation Center have dual purposes. For example, students learn how to treat an athlete in the athletic training lab. The same lab can be used to assess an injured athlete during a game. The same goes for the human performance lab and the strength and conditioning lab.

“The primary focus of these labs is instructional, but they can also be used to support events in the facility,” Crowe said. 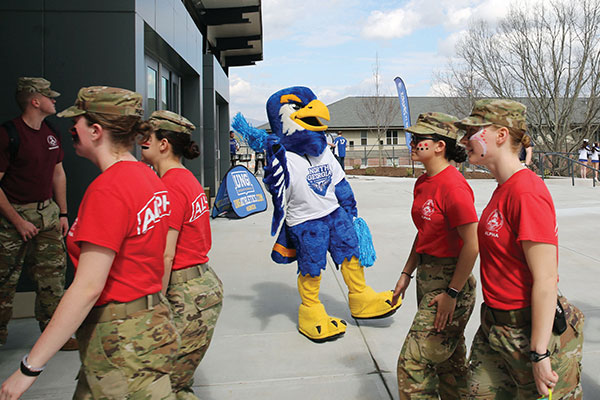 Cadets enter the Convocation Center for the basketball homecoming and a sneak peek at the new facility. 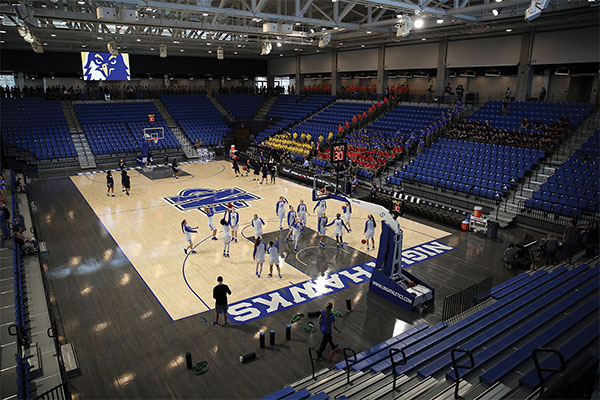 UNG’s basketball homecoming game on Feb. 24 was the first event in the new Convocation Center. The women’s basketball team warm up ahead of its match-up with Georgia Southwestern State University. 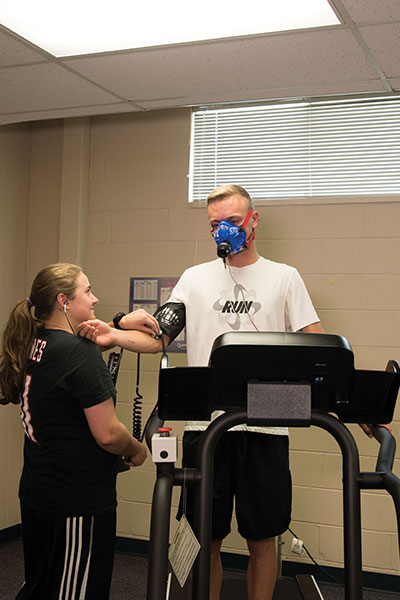 UNG’s kinesiology department is housed in the Convocation Center, with the its four classrooms and three labs. 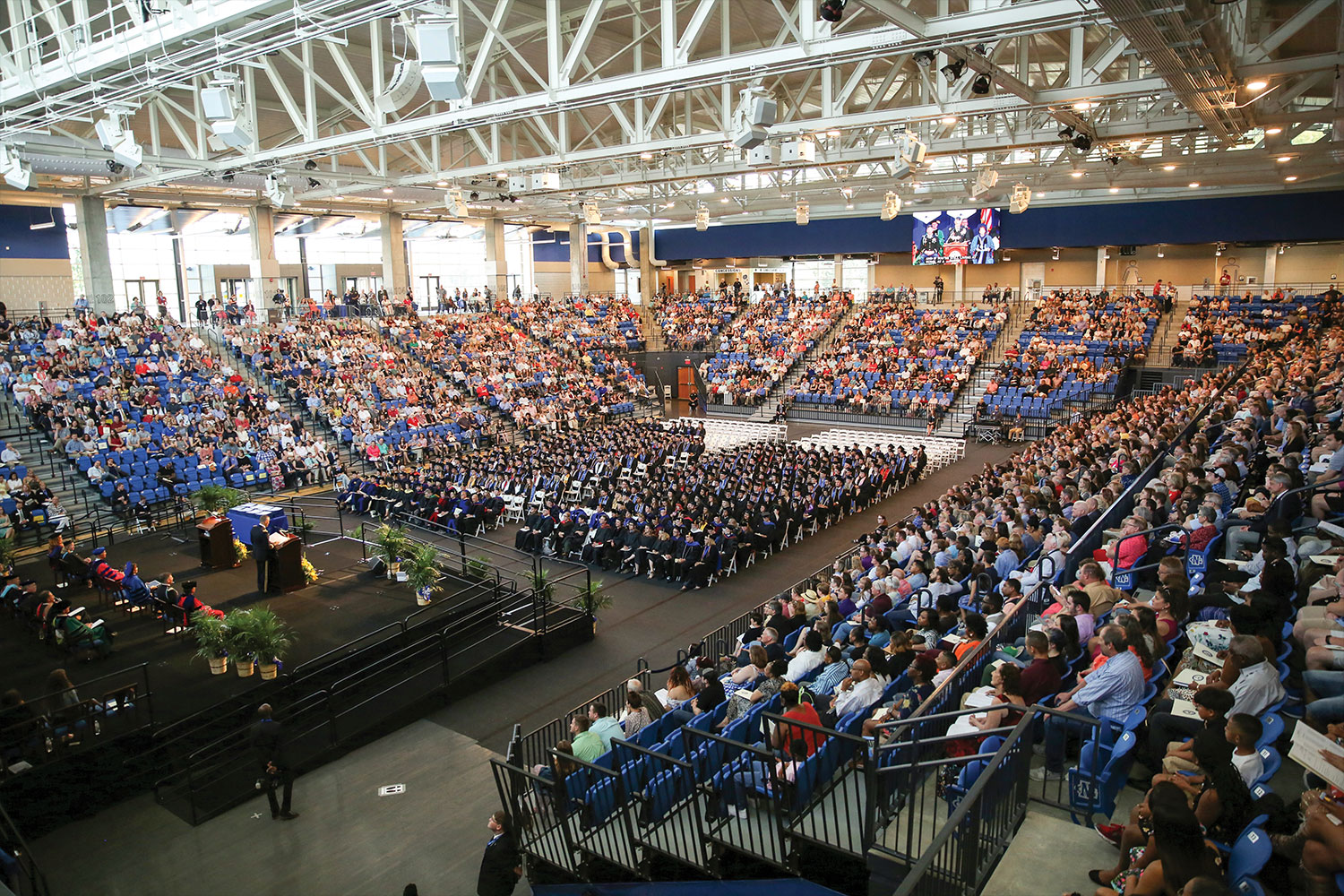 UNG graduate, along with thousands of their friends and family, attended the spring 2018 Commencement and Commissioning for the College of Arts & Letters Friday, May 4 inside the new 103,000-square-foot Convocation Center on the Dahlonega Campus. Four-star general and alumnus Gen. Stephen J. Townsend was the keynote speaker.