Skip to content
With people from a multitude of nations crowding the halls, the end of a class session at the Goethe-Institut in Frieburg, Germany, seems like a model united nations with one exception – many are speaking German instead of their native language.

“You’re more fully immersed here because you have so many people from other countries who don’t speak English or very little English and so the only way you can communicate is through the German you both know,” said Kelly Reid, a UNG student majoring in athletic training and physical education.

This summer, Reid, Cheyne Jones, and Peyton King – all three minoring in German – were the first UNG students to enroll at the Goethe-Institut, the premiere global German language and cultural organization, thanks to a partnership that also allowed them to earn foreign language credits.

They found it necessary to understand German at every turn: in class, going on a cultural outing, taking a bus or train, buying food or other necessities, or even talking with a classmate.

“The Goethe experience was more than just credits for my minor; it was a life experience. I was tested daily with new issues, and it greatly improved my responsibility and problem-solving skills,” King said. “Every day I learned more about how to speak the language, the culture, and other people. No other program would have given me the academic and personal growth as the Goethe-Institut.” 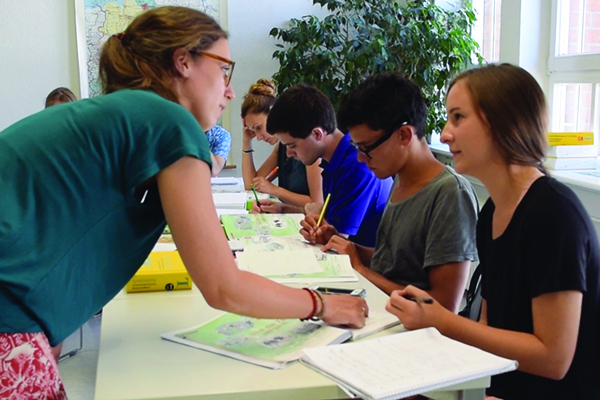 Goethe has 159 institutes around the world, and every year more than half a million teenagers, college students and working professionals take German language courses or exams through Goethe, which for 60 years has served as the official, worldwide cultural institute of Germany. To become a German citizen, one must earn certification in the language and culture from Goethe.

Dr. Roland Meinert, director of Goethe’s institutes in Germany, said studying in Germany helps facilitate in-depth knowledge of the language and culture and helps expand global knowledge, which also is a key part of UNG’s mission.

“You get the whole cultural experience. I think nowadays that is really important because we see that minds are closing in many countries, so it is important to have many global citizens who know what they are talking about,” Meinert said.

Jones, a cadet majoring in criminal justice, said his experience at Goethe strengthened his German skills and changed his perspective.

“People from all over the world come to Goethe to learn German, and I get to ask them about the cultural differences around the world,” Jones said. “I definitely am learning a lot more of the German culture and of the world, but it’s opening my perspective on everything really.”

“They are immersed in the language, but also the culture, which broadens their horizons. When they come back, they have a whole other view of everything they’ve previously known,” she said.

Learning by immersion in language and culture

Goethe courses are taught by native speakers and focus on language use in real-life and practical situations, said Susanne Sporrer, director of the Goethe-Institut in Freiburg.

“Teachers at the Goethe-Institut are professionals,” Sporrer said. “For example, our teachers will not automatically correct students’ mistakes, but facilitate self-correction. They know the linguistic competence of their students and communicate with them according to their level of competence.”

Goethe supplements classroom instruction with guided excursions that test students’ language skills and expose them to everyday German life. Trips include historic and cultural locations as well as amusement parks and recreation areas. A few trips take students to other European cities, and students also have free time to travel independently. 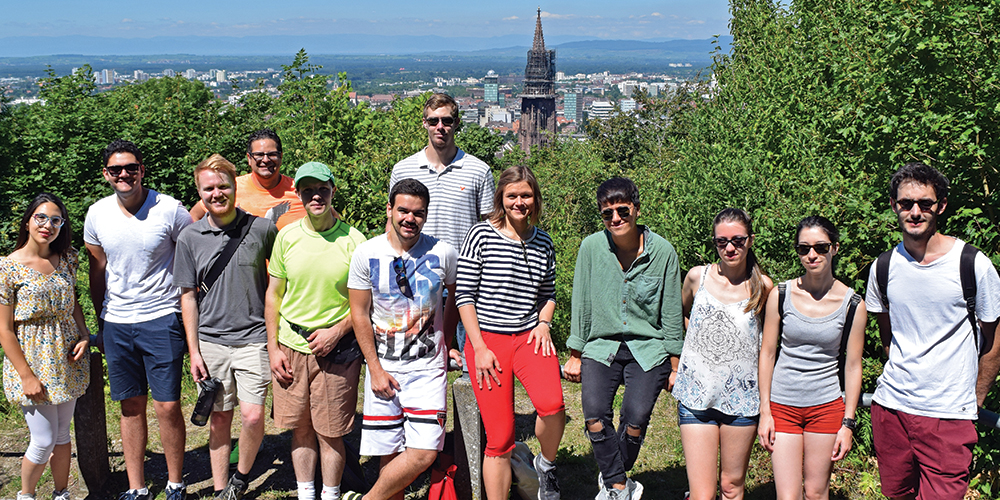 Excursions and independent exploration of Freiburg, home to one of 159 Goethe-Instituts, are a valuable part of the learning experience.

“Now I feel a lot more confident that I can go anywhere in this country or throughout the world and if someone speaks German, I can have a good conversation with them and figure out how to get from here to there,” she said. “It’s a really great experience and a privilege to be here and getting to take classes. This is a very high-value place to come learn.”

Sporrer said the excursions and independent exploration of Freiburg, considered one of the greenest cities in Europe, are a valuable part of the learning experience.

“Freiburg is a middlesized town with openminded people, so the possibilities of encounter and intercultural exchange are easier and frequent,” she said. “Freiburg offers a lot of impact, institutions, concepts and activities that might inspire and foster the examination of ecology, sustainability and the present and future of a green city.”

Partnership built upon years of cooperation 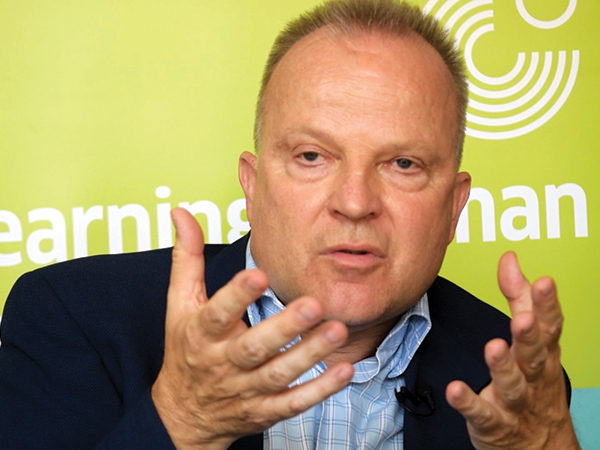 “You have to live in the country, use the language, and know how people react. You have to interact with people – that’s important.”
-Dr. Roland Meinert

The expansion of the partnership to include study abroad adds to the shared goal to provide international experience for students. Learning German language and culture prepares students for career opportunities even within Georgia.  According to the Georgia Department of Economic Development, German-affiliated companies have 424 business locations in Georgia employing more than 20,000 people – ranking Germany first among foreign countries with facilities in the state.

Sporrer said while the program has great benefits for UNG students, she also hopes that it may encourage others.“I hope they gain an image of Germany that is profound and differentiated. I hope that they gain intercultural experience that lasts and a deeper knowledge of the ecological development and structure of a green city in Germany,” Sporrer said. “I also hope that the cooperation between the University of North Georgia and the Goethe-Institut might be an example for other universities in the U.S.”

Meinert, who agreed that universities make great partners for Goethe-Institut, likened the experience Goethe provides in Germany to eating a meal rather than just knowing how to make it.

“You can read many recipes and think, ‘Hmm, it might be tasty,’” Meinert said. “It’s not enough to read about that. And it’s the same thing with language. A language is only one thing that gives you the experience. You have to live in the country, use the language and know how people react. You have to interact with people – that’s important. If you wouldn’t eat, it wouldn’t be fun.” 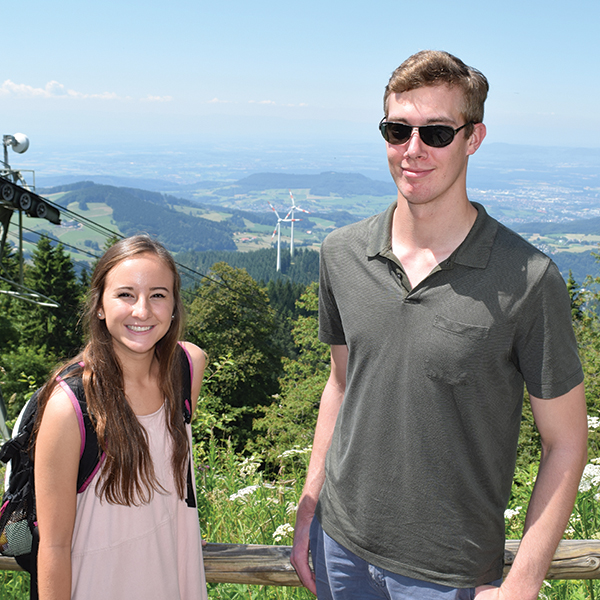 Kelly Reid, who is majoring in athletic training and physical education, and Cheyne Jones, a cadet studying criminal justice, are among the first students to take advantage of UNG’s partnership with the Goethe-Institut. Both are minoring in German. 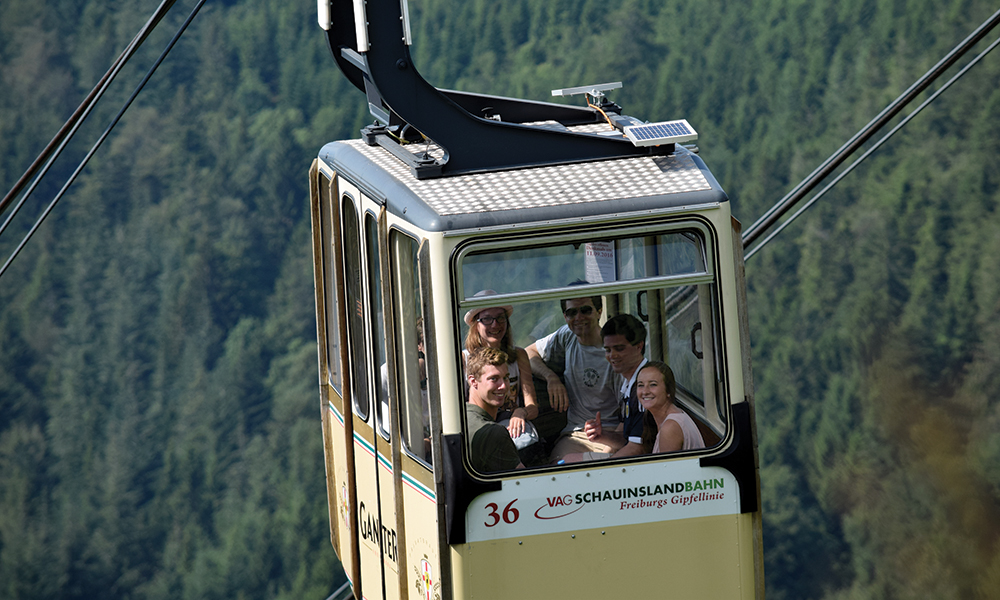 German businesses have more facilities in Georgia than any other foreign country and employ more than 20,000 people. 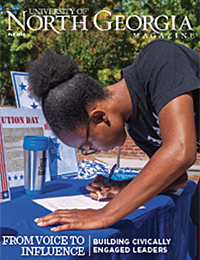