Skip to content
Building partnerships around the world is one way UNG helps prepare students to be leaders in a global and diverse society.

For years, the growth of those relationships was concentrated in Europe. The London Experience, which happens during spring break, started 25 years ago in the Mike Cottrell College of Business, and the Corps of Cadets has forged partnerships with military schools in Hungary, Romania and Poland. An agreement with Goethe-Institut, the premier global German language and cultural organization, sends UNG students to study in Germany each summer.

But as Asia is becoming a larger player on the world stage, UNG’s connections are growing at a rapid clip on that continent.

“Asia’s importance has been obvious for many years, and in response, UNG has established connections with key partners for both cadets and our civilian students,” said Dr. Christopher Jespersen, dean of UNG’s College of Arts & Letters. “Helping UNG students develop expertise in East Asian languages, cultures, and societies is a vital part of these new and expanding partnerships. They provide opportunities that set UNG graduates apart and help them succeed.” 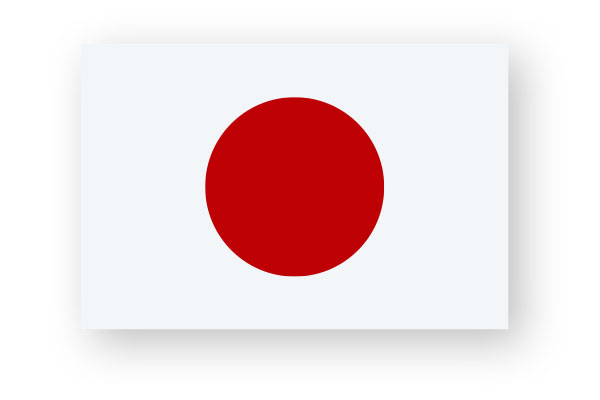 Ten students and two faculty members from Nanzan University in Nagoya, Japan, visited UNG in the spring, and their collaboration began even before their arrival with online interactions through video chats and a text messaging app.
That served as preparation for producing 8- to 10-minute videos about college life in the U.S. The visit was part of a collaborative online international learning (COIL) program for Nanzan, which partners with eight U.S. universities, including UNG, Georgetown University and Arizona State University.

UNG students will travel to Japan this summer for a similar, eight-week COIL experience. This fall, UNG students will have the option to go on a semester-long or academic-year exchange to the Japanese university for the first time, with Nanzan students coming to UNG for academic-year exchanges. The eight-week summer study abroad trips led by Dr. Tomoe Nishio, assistant professor of Japanese at UNG, in 2017 and 2018 were previously the longest trips available in UNG’s partnership. 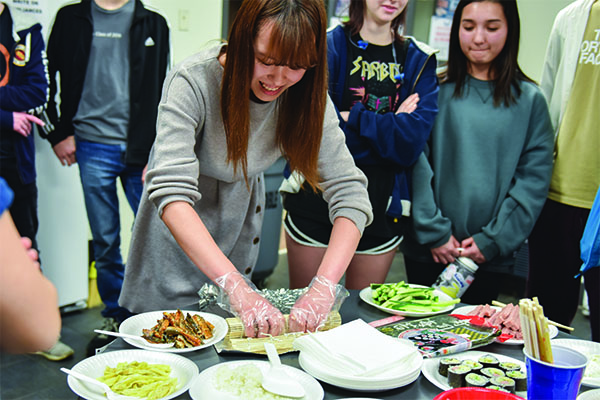 A trip during the spring semester highlighted the growing connections between UNG and Nanzan University.
While they had already been working together for a year and a half, UNG formalized its partnership with Nanzan with an official agreement in November 2018. The collaboration benefits students in UNG’s Japanese language programs and new Bachelor of Arts in East Asian studies, which launched in spring 2019. Japanese courses had a combined total of 201 enrollments in the fall 2018 and spring 2019 semesters.

“It is a great accomplishment to have established such a deep partnership with Nanzan University within just a few years,” Nishio said.

These connections are indicative of a larger trend of UNG’s growing footprint in Asia. Sadie Foote, study abroad adviser in UNG’s Center for Global Engagement, is glad to see that trend.

“It gives students another perspective,” Foote said. “It helps them grow in terms of flexibility and adaptability in a culture that’s much different from American culture.

“It’s an amazing experience for students to have this cultural immersion.”
‑Sheila Schulte
Associate Vice President for International Programs 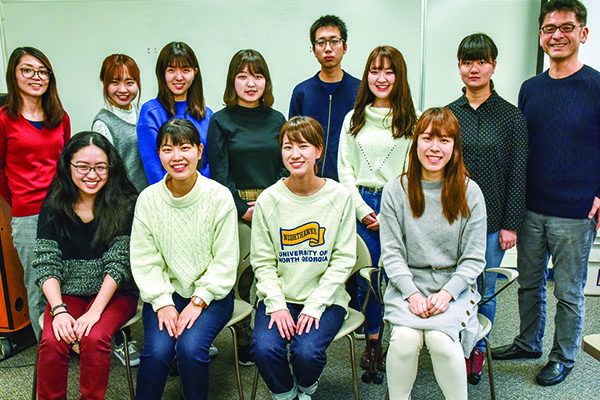 “It’s an amazing experience for students to have this cultural immersion,” Schulte said. “Our hope is that it broadens their perspective and opens their eyes to see that they can study abroad for a summer, a semester or a year.”

Another opportunity in Japan came through the country’s government. A group of 22 UNG students, accompanied by Dr. Michael Proulx, associate professor of history; Foote; and Katie Beccue, program coordinator for the College of Arts & Letters, traveled to Japan for a nine-day visit through the Kakehashi Project during UNG’s spring break in mid-March. The Japanese government paid all the expenses for the group from UNG to learn more about the government and culture of Japan.

“The Kakehashi Project was an incredible once-in-a-lifetime opportunity for me to not only experience the beauty that is Japan firsthand and get wonderful insight into the rich history of the country, but to get an amazing look into the culture that helped shape my ancestors, my family, and myself,” said senior London Taylor, who is from Buford, Georgia, and is pursuing a degree in film and digital media. 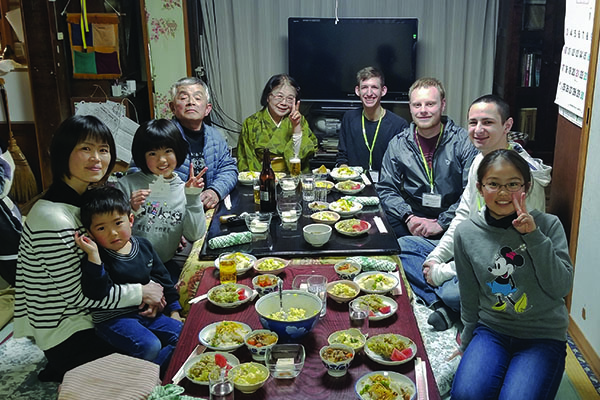 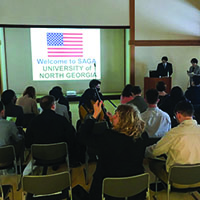 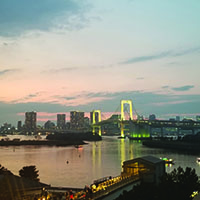 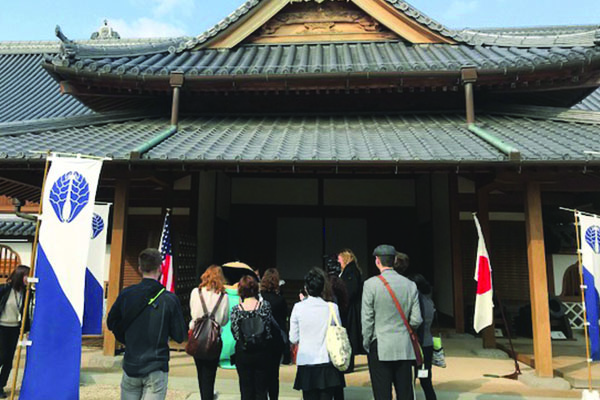 A group of 22 students, two staff members and a faculty member from UNG visited a variety of sites in Japan to learn about the country’s government and culture through the Kakehashi Project. 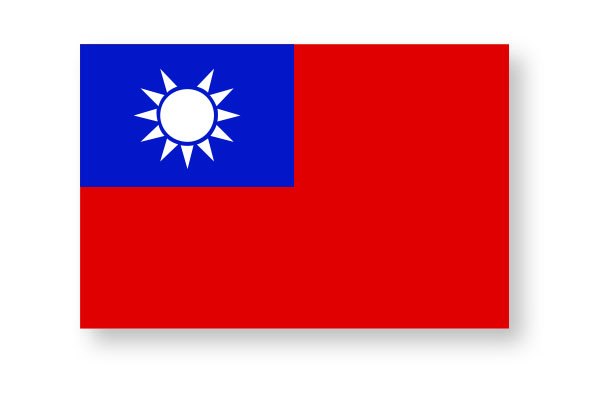 UNG’s Corps of Cadets added two partnerships with separate colleges within Taiwan’s National Defense University (NDU) during the fall semester and extended a third Taiwanese partnership that has existed since 2012.
UNG’s renewed agreement with the Republic of China Military Academy (ROCMA) extends the university’s first-ever military student exchange program that to-date has sent 15 UNG cadets to study in Taiwan.

Cadet Tyler Avret, a junior from Evans, Georgia, pursuing a degree in Chinese, was thankful for the semester he spent at ROCMA and is glad more students will get to be a part of similar exchanges.

“Going out and living in a different culture is eye-opening,” Avret said. “You see how everything is interconnected.”

One of the two new partnerships, with the Management College at NDU, located in Taipei, was signed this past summer to facilitate the exchange of students and faculty. UNG President Bonita Jacobs traveled to Taiwan in October to sign the second agreement, a student and faculty partnership with the NDU’s Political Warfare Academy, also known as Fu Hsing Kang College, in Taipei. 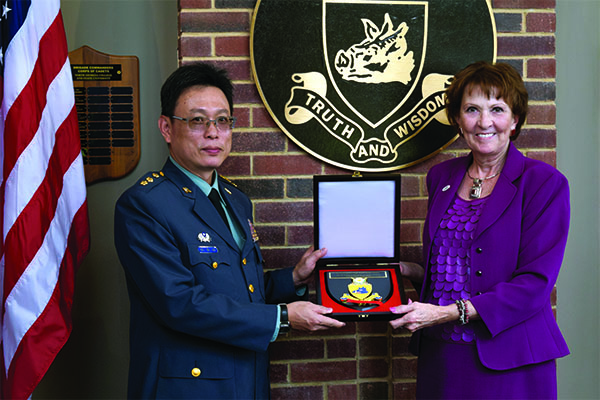 UNG’s programs in critical languages undergird much of the expansion of partnerships in Asia. They provide students with knowledge of the languages of host countries, which makes them more likely to study abroad.

UNG’s Bachelor of Arts in modern languages offers a concentration in Chinese language and minors in Korean and Japanese.

“The University of North Georgia is fortunate to have a winning combination of excellent language programs and scholarship opportunities, which pave the way for all UNG students to access education abroad opportunities in Asia,” Schulte said.

The Chinese Language Flagship allows students to study the language for four years at UNG, then have a capstone year abroad. UNG gained approval this spring to award flagship funds to civilian students in addition to eligible cadets — a move aimed to increase participation. For the first five years, nine of those sent for the capstone year were cadets while only four were civilians.

The university also has gained a second partner university, National Taiwan University, where students can spend their capstone year abroad. The other is at Nanjing University in China. 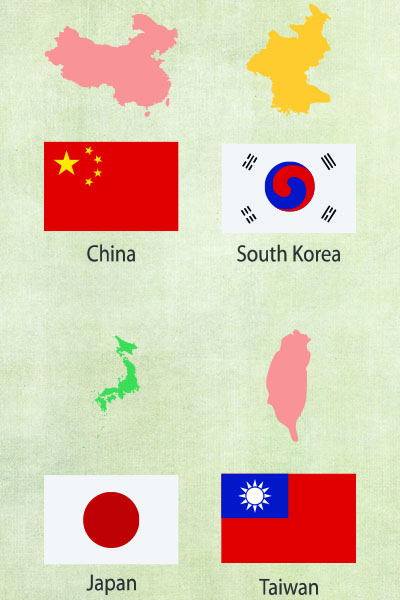 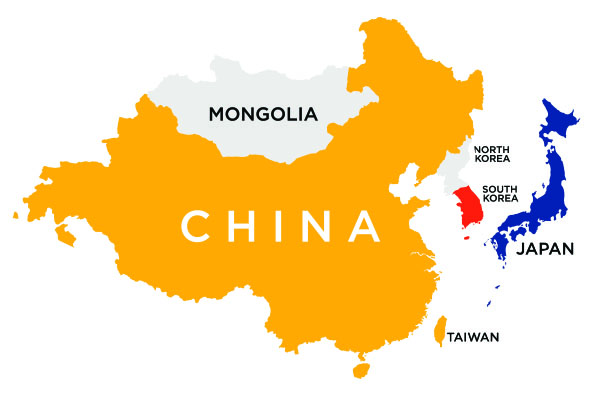 Dr. Sung Shin Kim, director of the East Asian studies program and professor of history, said this spring she advised 15 students in the new degree program, with seven of those in the Korean studies concentration.

The Japan Foundation grant allowed UNG to hire three faculty members for Japanese studies. That was the final piece of a puzzle built for more than a decade to form the East Asian studies degree offerings.

As the East Asian studies program grows, Kim and other faculty members are exploring additional partnerships with universities in Japan, South Korea and Taiwan.

A New Partner In India 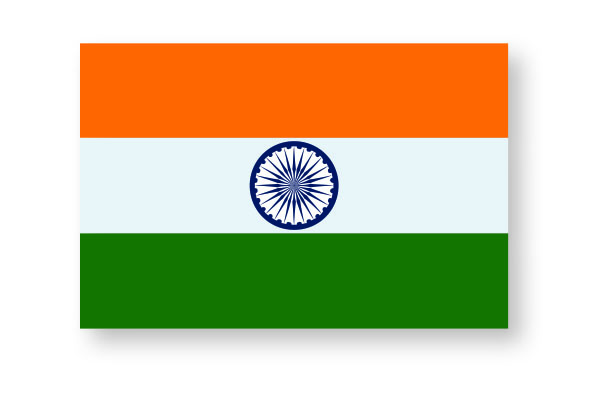 This past fall, UNG’s physics and marketing departments and the Lewis F. Rogers Institute for Environmental and Spatial Analysis (IESA) inked an agreement with an Indian university, BML Munjal Univeristy.

Dr. M.B. Srinivas of BML Munjal’s College of Engineering and Technology finalizes the new partnership during a visit to UNG’s Dahlonega Campus.
Dr. J.B. Sharma, assistant department head of physics at UNG, visited BML Munjal when he was in India to see family. He was impressed with the private university, which was founded in 2014 and has partnerships with the likes of Siemens, IBM and the Imperial College of London.

Sharma connected with Dr. M.B. Srinivas, dean of BML Munjal’s College of Engineering and Technology, which led to the agreement. UNG and BML Munjal will work to form faculty and student exchanges through Sharma; Dr. Mohan Menon, management and marketing department chair in UNG’s Mike Cottrell College of Business; and Dr. Jeff Turk, director of IESA.

“Engagement between the oldest democracy and the largest democracy in the world is very important,” Sharma said. “It will be beneficial for both societies.”

With the expansion of UNG’s partnerships through language programs, East Asian studies and the Corps of Cadets, such relationships will continue to be a major player in UNG’s global footprint.