Dr. Martha Rhodes Roberts, ’60, was named Florida’s 2017 Woman of the Year in Agriculture.

Dr. Roberts dedicated 35 years of service to the Florida Department of Agriculture and Consumer Services, where she championed policy changes for the advancement of Florida’s agriculture industry, trade and production practices.

The award, now in its 33rd year, recognizes women who have made outstanding contributions to Florida agriculture. 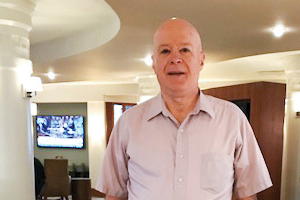 Ken Spencer, ’69, was promoted to senior auditor GCP at Pearl Therapeutics Inc., in Morristown, New Jersey. After graduating from UNG, Spencer attended the University of Georgia, where he earned a Ph.D. in Organic Chemistry in 1974, and then conducted research at the University of Pennsylvania from 1974 – 1976.

Efforts in his current role at Pearl Therapeutics since 2014 have led to the recent FDA approval of Bevespi Aerosphere, a treatment of COPD including chronic bronchitis and/or emphysema.

Spencer, his wife Marjorie and their dog Charlotte Ann live in northern New Jersey and enjoy hiking and kayaking near their vacation home in the Pocono Mountains near East Stroudsburg, Pennsylvania.

An old soldier returns to UNG to pay his respects

At his farewell address to both houses of Congress in 1951, General Douglas MacArthur uttered the now-famous line, “Old soldiers never die, they just fade away.”

But another old soldier, 93-year-old University of North Georgia alumnus John Kelley, is more in keeping with another famous MacArthur quote: “I shall return.”

Kelley, of Gulfport, Mississippi, has memories of UNG that remain vivid. They came flooding back to him during a visit to the UNG Dahlonega Campus last July.

Born in Dalton, Georgia, Kelley enrolled at UNG in September 1942, less than a year after America’s entry into World War II with the Japanese attack on Pearl Harbor.

“I had to take ROTC, as did all the boys at the university,” said Kelley. “It was only a matter of time before I was drafted, so I thought it would be a good idea to go in as an officer.” 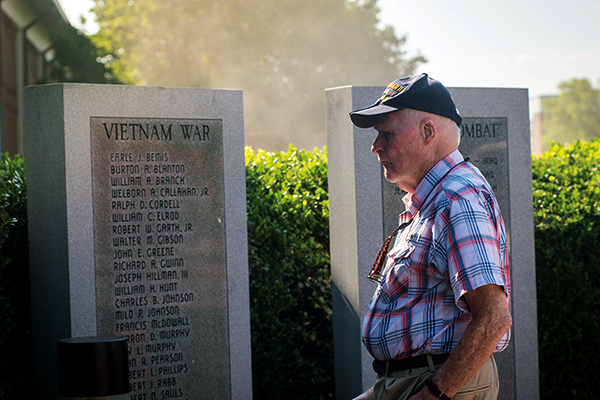 He wasn’t on campus long; Kelley was drafted in February 1943, and after basic training, was deployed to the Pacific theater of the war. Kelley finished his service in the Philippines, landing with MacArthur to liberate the island nation from Japanese forces.

With assistance from the G.I. Bill, Kelley returned to UNG in 1946, graduating with a Bachelor of Science in Physics in 1947.

“My mother wanted me to go to Georgia Tech, to be closer to home,” Kelley said. “But I enjoyed the short time I was at [UNG] before being drafted. There was a real sense of camaraderie, especially among the Corps of Cadets students. I loved the town, the campus, and I wanted to come back here and finish my degree.”

After graduation, Kelley embarked on a 35-year career as a civilian electronics and radar instructor at Keesler Air Force Base in Biloxi, Mississippi.

During his recent tour of the Dahlonega Campus, he voiced amazement at how much the campus had grown over the many years. He pointed out buildings that were there when he was a student—the mess hall for the cadets, dormitories and the old library. He paid his respects at the Memorial Wall that honors the memories of those at UNG who gave their lives in the service of their country.

Kelley climbed the steps of Price Memorial Hall, walking up to the bronze plaque inscribed with the legend of William Pierce Price. A smile slowly crept across his face with a fresh memory.

“I remember, as a cadet, the officers had us polishing this marker all the time, he said. “That’s why it looks so shiny now.”

On May 23, 2017, the Georgia Military Veterans Hall of Fame unveiled framed photos of its class of 2016, which included retired Lt. Gen. Burton D. Patrick, a 1957 graduate of the University of North Georgia.

“The addition of these photos brings the total of brave Americans displayed on the Heroes’ Wall of Fame to 66,” said retired Col. Paul Longgrear, founder and president of the non-profit organization.

Patrick began his college career in 1953, joining UNG’s Corps of Cadets while also playing basketball and baseball all four years that he attended; he served as captain for both teams during his senior year.

He was commissioned into the Army as a second lieutenant on June 2, 1957. 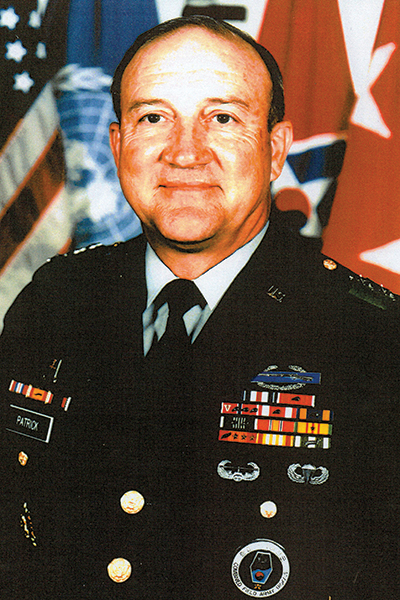 His years of service include three years in Germany and various posts throughout the U.S., including the Pentagon, where he served as a liaison officer to the Senate and House Armed Services Committees while assigned to the Office of The Chief Legislative Liaison.

He had two combat tours in Vietnam, and traveled worldwide to direct Army upgrading, becoming one of a handful of men who have commanded at every level in the military, from platoon to Combined Field Army. He also served as commanding general of the elite 101st Airborne Division in Fort Campbell, Kentucky, from 1985 to 1987.

Donna Andrews, ’82, was appointed to the Georgia Sexual Offender Registration Review Board. Andrews retired as a United States probation officer after 25 years of service. She has 20 years of experience as an intensive supervision specialist with emphasis on location monitoring and sex offender supervision. Andrews has been nationally recognized as an expert in the field of electronic monitoring. She is a former member of the Federal Probation and Pretrial Officers Association and the Federal Law Enforcement Officers Association. Andrews earned a bachelor’s degree in criminal justice from the University of North Georgia. She and her husband, Robert, have one child and two grandchildren. They reside in Ball Ground, Georgia.

John Meredith, ’84, has been selected as Chief Operating Officer for the national law firm Chamberlain Hrdlicka. In his new role, he manages more than 245 employees in the firm’s offices in Houston, Atlanta, Philadelphia, and San Antonio. He also oversees strategic planning and budget management for the firm, as well as business development, facilities and human resources management, recruitment and diversity, professional development, pro bono, and other important initiatives.U. S. Army Col. John Thompson, ’87, (right) retired after almost 30 years in the military. The University of North Georgia alumnus followed in his parents’ footsteps by attending UNG. He then joined the Army, like his father, and became a helicopter pilot.

His son, Bryce, followed the same path, graduating from UNG and becoming a helicopter pilot with the Army. He is stationed at Fort Bragg, North Carolina. Thompson now works for Cox Enterprises and lives with his wife, Lashelle, in Alpharetta, Georgia. 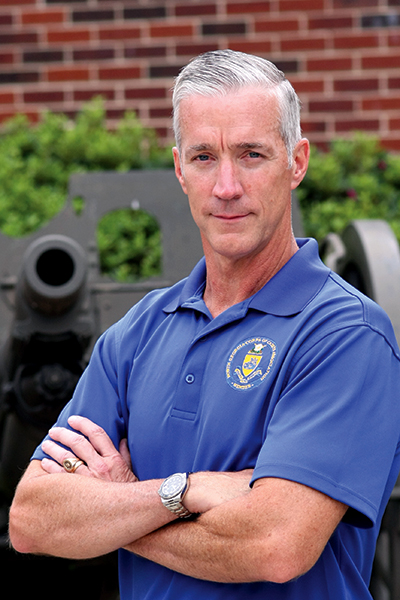 Christine Thornton, ’88, has joined Carolina Youth Development Center as vice president of finance and operations. Previously, she was chief financial officer for Pain Specialists of Charleston and Clinical Trials of South Carolina. She earned a bachelor’s degree in accounting from the University of North Georgia and a master’s degree in business administration from Webster University.

Maj. Gen. Paul T. Calvert, ’88, was recently promoted to Maj. Gen. and now is commanding general of the 1st Cavalry Division. He was most recently the Fort Hood 1st Cavalry Division deputy commander for manuever. Prior to that, he served as deputy director for operations, National Joint Operations and Intelligence Center, J3, Joint Staff in Washington, D.C. He has served on teams that have been awarded the Joint Meritorious Unit Award (one oak leaf cluster), the Valorous Unit Award (two oak leaf clusters) and the Meritorious Unit Citation.

Joy Bell, ’97, was promoted to president of Client Focused Media. She is responsible for management of staff and client services, community engagement and long-term strategy. Bell earned a Bachelor of Science in Exercise Science from UNG.

Amber Mitchell, ’00, was selected as West Fannin Elementary School’s teacher of the year. The fifth grade science teacher began her teaching career at the school in 2013. She earned a degree in early childhood education from UNG in 2000.

Andrew Ainslie, ’02, vice president and commercial lender at the Bank of Madison, has been elected by his peers in the state as vice president of the Leadership Georgia Bankers Association Executive Committee. Leadership GBA is committed to developing the future leaders of the banking industry. The goals of the program are to promote leadership development, educate the public about banking, create networking opportunities, and provide bankers with the opportunity for involvement in the legislative process. 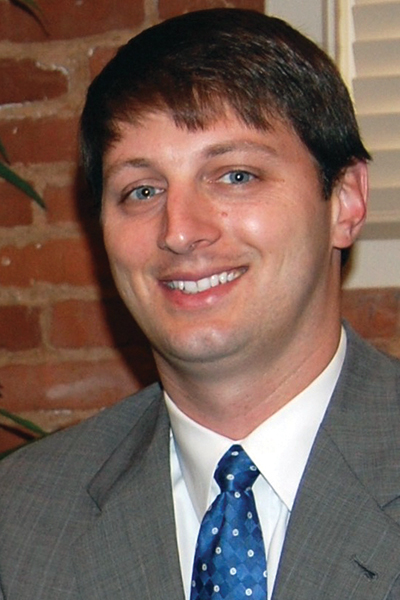 Joseph D’Angelo, ’09, has been appointed Athens-Clarke County’s first Geographic Information Services Officer. D’Angelo previously worked for the Gwinnett County Government, the Georgia Mountains Regional Commission, the Auburn University School of Forestry and Wildlife Science, and the University of Georgia’s D.B. Warnell School of Forestry and Natural Resources. He holds a Bachelor of Science degree in Environmental Spatial Analysis from UNG, a post-baccalaureate certificate in GIS Operations, and a Master of Public Administration with a GIS concentration from Jacksonville State University.

Cheryl Nix, ’10, has joined the Georgia Bureau of Investigation (GBI) as a Special Agent in the Investigative Division. While at UNG, she was captain of the pistol team, a national Junior Olympics finalist (top 8 in the nation), a collegiate national champion in women’s air pistol, an All-American, and graduated in 3 years. 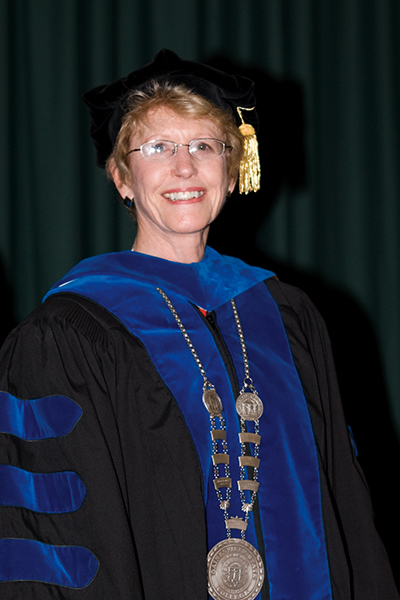 Martha Nesbitt, former president of Gainesville State College, was honored by the Gainesville-Hall County Community Council on Aging with its third Annual Quality of Life Award.

Nesbitt was chosen for her commitment to improving the quality of life for residents throughout Gainesville and Hall County.

In 1997 Nesbitt became president of Gainesville College, now University of North Georgia.  She had already distinguished herself in higher education through her work in the University System of Georgia, the Southern Association of Colleges and Schools (SACS) and while serving as president of the Georgia Association of Women in Education and the American Association for Women in Community Colleges.

As college president, she presided over significant growth, such as the opening of a second campus in Oconee County and the transition of the two-year college to a state college offering select baccalaureate degrees.  One of her proudest achievements was the fact that the college became the first in Georgia and one of the first in the country to become tobacco-free.

Nesbitt continued her professional activities after coming to Gainesville by serving on the board of the American Council on Education, Art Institute of Houston, John Gardner Institute for Excellence in Higher Education as well as chairing Visiting Teams for SACS.

She also became involved in many community activities, serving on several boards, chairing the Fund Drive for United Way and serving as president of the Northeast Georgia History Center.

Even after retirement, Nesbitt has remained active by serving as chairman of the Georgia Nonpublic Postsecondary Education Commission, serving on the executive committee of the Northeast Georgia Health System’s Board, serving on the boards of Lakeview Academy and Elachee Nature Science Center and is active in the Wisdom Keepers, especially the ITN Lanier project. 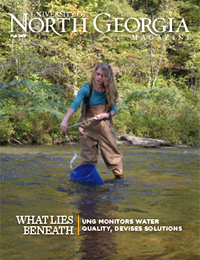