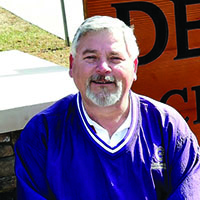 Greg Anderson, ’80, recently retired from the Cartersville (Georgia) Parks and Recreation Department. For the past 38 years, Anderson’s department has won numerous awards and increased the park acreage from 155 to more than 655.

Maj. Gen. William K. Gayler, ’88, who graduated from UNG with a degree in marketing, was assigned as director of J-3 Operations/Cyber at U.S. Africa Command in Germany. The Distinguished Military Graduate commissioned as an Aviation Officer directly out of college. 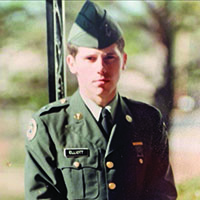 Maj. Gen. Allan Elliott, ’84, retired from the Army Materiel Command Headquarters, where he served as chief of staff and assistant deputy commanding general for the U.S. Army Reserve. During his 35 years in the U.S. Army, Elliott commissioned infantry, served as deputy commanding general of the 108th Training Command, and deployed to Iraq in 2006 and to Afghanistan in 2013. 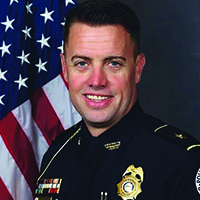 Jay Parrish, ’99, who was previously deputy chief at the Gainesville (Georgia) Police Department, took over as chief Feb. 1. Parrish served in the U.S. Marine Corps Reserve for six years after graduating from UNG with a degree in management.

Katie DeFoor, ’01, was chosen as the 2018-2019 Teacher of the Year for Jack P. Nix Elementary School in Cleveland, Georgia. The mother of four is a third-generation teacher who has taught art to middle and elementary school students for the past 14 years. She earned a Bachelor of Arts in art education. 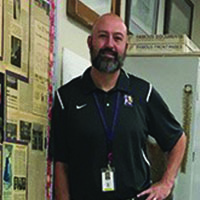 Greg Murray, ’02, was named the 2019 Lumpkin County Teacher of the Year. He has taught Georgia history to eighth-graders at Lumpkin County Middle School in Dahlonega, Georgia, for the past seven years, having previously taught special education. Murray earned a bachelor’s degree in special education and played basketball for UNG from 1999-2001. 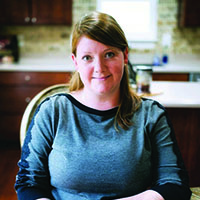 Leslie Jarchow, ’06, a Hall County native, was elected to the Flowery Branch (Georgia) City Council. She graduated from UNG with a bachelor’s degree in political science. 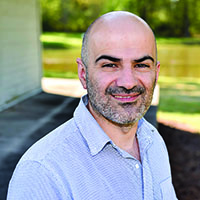 Butan Amedi, ’06, who graduated from UNG with an associate degree in civil engineering, had an op-ed article published in the Jerusalem Post after a recent visit to Israel. Amedi, a native of the mountaintop town of Amadiya located in the Kurdistan region of Iraq, said his background influenced his take on the subject matter. 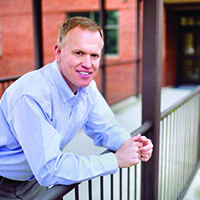 John Simpson, ’08, was named interim head of school for Lakeview Academy in Gainesville, Georgia. Simpson has worked at the academy for 14 years and served as admission and external relations director, dean of students and a coach. He is also chairman of the Gainesville Parks and Recreation board and pastor at Lanier Christian Church and previously was honored as the Gainesville Jaycees’ Young Man of the Year. Simpson graduated from UNG with a master’s degree in education.

Chris Grimes, ’09, who has been working in emergency operations for Forsyth County (Georgia) for the past 12 years, was promoted to the county’s director of emergency management. Grimes earned a bachelor’s degree from UNG, a Master of Public Safety Administration from Columbus State University, and is a certified Georgia Emergency Manager. 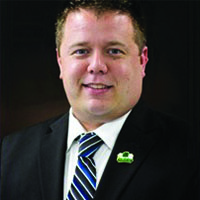 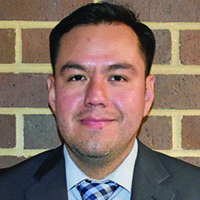 Frank Zamora, ’10, was recognized as the 2019-2020 Teacher of the Year in Hall County, and was named a finalist in the statewide competition. He received an Associate of Arts degree in history from UNG and serves as the social studies department chairman at Johnson High School in Gainesville, Georgia.

Kelley Kostulakos, ’11, was presented with the 2018-2019 Teacher of the Year title for Tesnatee Gap Elementary School in Cleveland, Georgia. The teacher of 12 years graduated from UNG with her bachelor’s and master’s degrees in early childhood and special education. Kostulakos has been a teacher in White County for four years and previously won the Teacher of the Year award in Hall County.
Melissa Simpson, ’17, executive director of Film Impact Georgia, judged the South Georgia Film Festival in Valdosta, Georgia. She graduated from UNG with a bachelor’s degree in film and digital media and contributed to both the Atlanta Film and Rome Film Festivals.

Aaron Friedman, ’17, was sworn in as a probation officer after graduating in the top 10 percent of his class. He graduated with a bachelor’s degree in criminal justice. 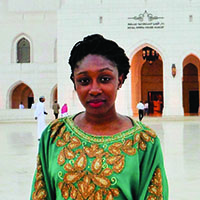 Anita Renfroe, ’17, was selected for a regional interview for the White House Fellowship. Only around 15 Americans are chosen every year to serve as a White House Fellow. Renfroe was both a David L. Boren Scholarship and a Benjamin A. Gilman International Scholarship recipient while at UNG. She graduated with a degree in Arabic. 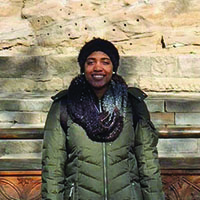 Lyric Jones, ’18, was the first UNG graduate selected for the prestigious Hopkins Nanjing Master of Arts Program — the only Chinese MA in the world recognized by both countries. The program is a joint venture between Johns Hopkins University and Nanjing University. Jones graduated with a major in Chinese and completed the Chinese Language Flagship Program. 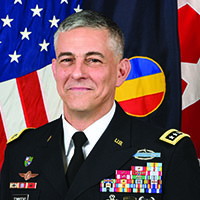 Gen. Stephen J. Townsend, a 1982 alumnus of UNG, has been assigned as commander of the U.S. Army Africa Command (US AFRICOM). Townsend currently serves as commanding general of the U.S. Army Training and Doctrine Command (TRADOC) and Joint Base Langley-Eustis, Virginia. He will become only the fifth commander of U.S. Africa Command, replacing U.S. Marine Corps Gen. Thomas D. Waldhauser.

Two UNG alumni, retired Army Lt. Gen. Benjamin Randaulph Mixon ‘75 (left) and retired Air Force Lt. Col. George Robert Partridge (right), were among 17 inductees to the Georgia Military Veterans Hall of Fame in November in Columbus, Georgia. UNG alumni account for 11 of the 100 inductees since the Hall of Fame was established in 2013.
Mixon served 36 years on active duty and had numerous combat deployments. He now serves as a trustee of the UNG Foundation.

Partridge, who has been awarded the Purple Heart, Distinguished Flying Cross, and the Silver Star, completed two years as a cadet at UNG before enlisting in the Air Force in 1952. He retired after 33 years of service and 5,000 hours of military flying time.

More than 30 UNG alumni from the classes of 1954 to 2018 celebrated with Mixon and Partridge during the induction. 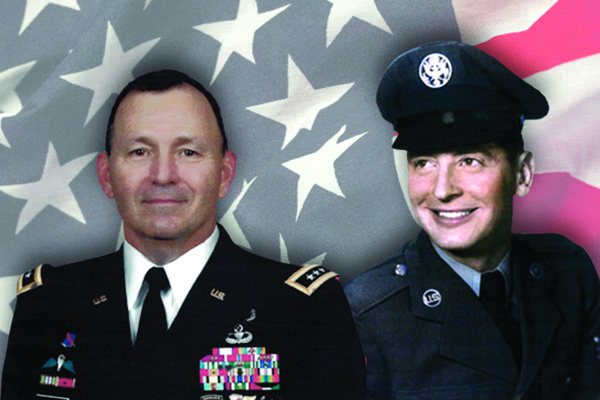