It was also Operation Nighthawks of Honor Night, which commemorated 12 UNG alumni killed during or associated with the Korean War. A ceremony honoring these service members was held at halftime of the women’s game.

The ceremony featured UNG’s 12 NCAA head coaches displaying commemorative memorabilia that honored the fallen soldiers. The memorabilia was auctioned off at the end of the 2018-19 academic year, with proceeds supporting UNG’s Hoss Matthews Friends are Forever Memorial Scholarship Fund.

The pair of basketball games on ESPN3 made UNG the first Division II school to have five of its teams host nationally televised matchups.

“There is no better platform to showcase our award-winning Operation Nighthawks of Honor initiative than in front of a national audience as part of the NCAA Division II Showcase,” UNG Director of Athletics Lindsay Reeves said. “Honoring fallen soldiers who have a connection to UNG is one of our department’s most noble endeavors. The collaboration between our department, Student Affairs, the Corps of Cadets, and the Student Government Association added to the excitement of the night.” 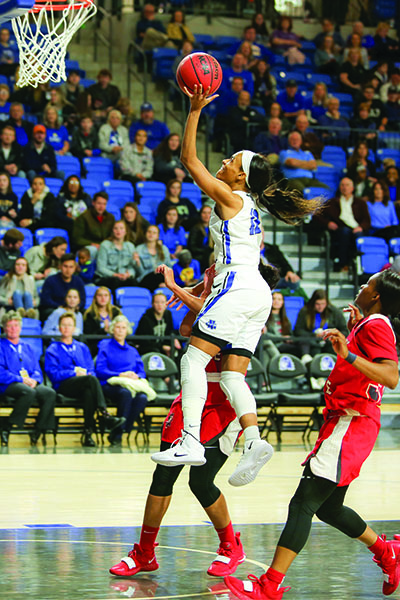 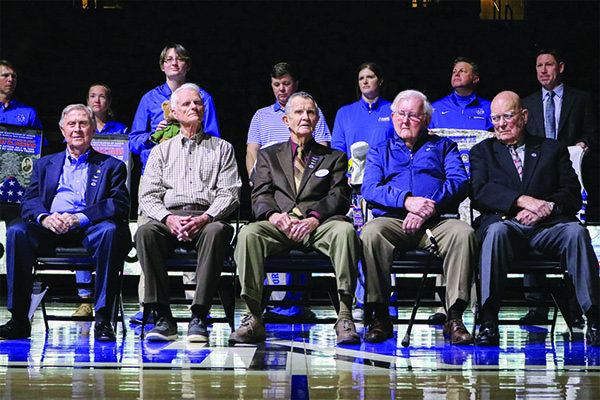