UNG has finished in the top five in NCAA Division II MakeA-Wish giving for eight years in a row and led the country on six occasions, including 2017-18. The Nighthawks have hit the five digit mark in giving for nine straight years and remain the only PBC school to do so.

UNG also won the 2018-19 Peach Belt Conference Sports Information Staff of the Year Award, which is a first for the school. It is voted on by league’s sports information directors.

UNG Athletic Communications Coordinator Walker McCrary accepted the award. He completed his second year as the coordinator, guiding the publicity and media initiatives for the athletic department. 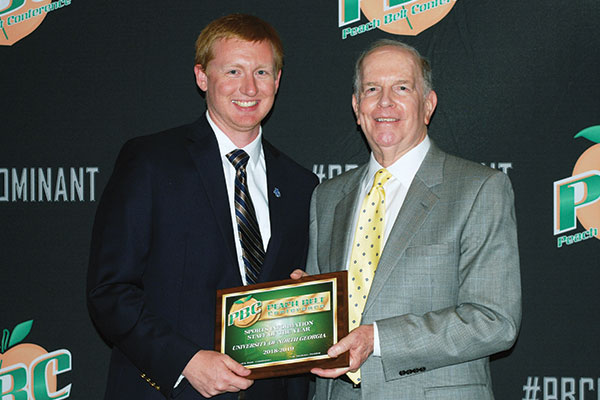