Increasing scholarship funds has been one of President Bonita Jacobs’ top presidential priorities, and the first scholarship gala was held in 2013 as part of her inauguration.

In addition to thanking donors for their generosity, the black-tie optional event at the university’s Convocation Center included dinner, entertainment and the presentation of the Summit, Champion and Presidential Leadership awards.

Retired Army Col. James T. Palmer, a 1973 alumnus who will retire as UNG’s Commandant of Cadets at the end of June, received the Summit Award. It recognizes an individual, family or organization for significant contributions to scholarships at UNG over an extended period, particularly when those contributions serve to change the expectation for scholarship giving at UNG. Palmer has been instrumental in the growth of fundraising mechanisms for the Corps of Cadets. His 20-year tenure with the Corps followed a 26-year active-duty career.

Georgia House of Representatives Speaker David Ralston, a UNG alumnus, earned the Presidential Leadership Award. The award recognizes an individual who has made a significant, positive impact on the life and advancement of the university. A Blue Ridge, Georgia, resident, Ralston led the effort that secured state funds for UNG’s standalone Blue Ridge Campus, which is scheduled to open in fall 2020.

Dr. Randy and Peggy Kirner, a 1967 alumnus and his wife who established the Randall and Peggy Kirner Scholarship in July 2017, received the Champion Award. It recognizes an individual or organization for significant contributions within the past two years that promote scholarship and giving to UNG. 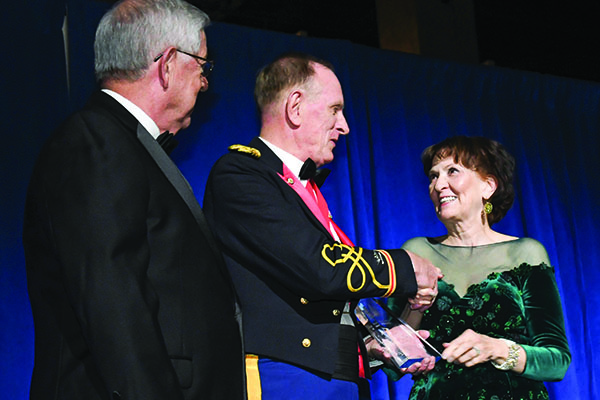 Retired Army Col. James T. Palmer, a 1973 alumnus who will retire as UNG’s Commandant of Cadets at the end of June, received the Summit Award. 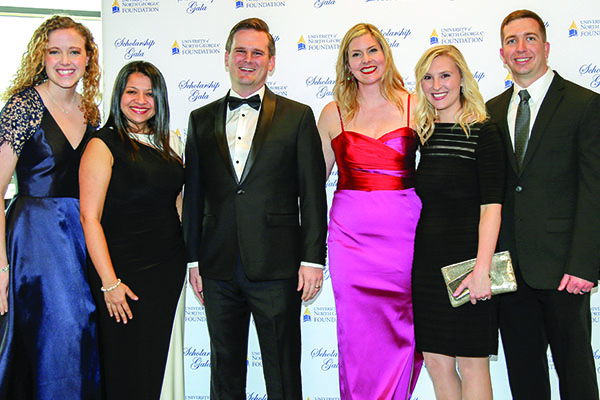 Attendees pause for a photo before entering the gala. 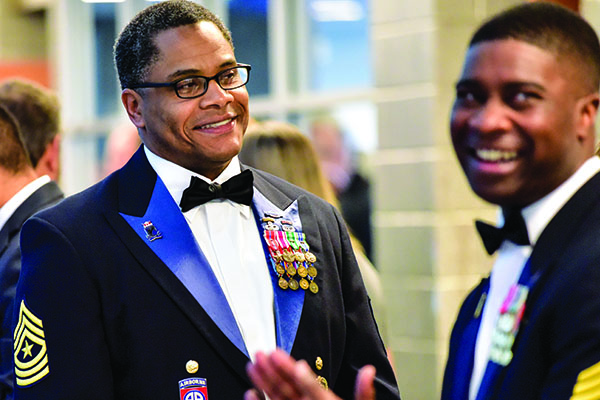 Military officials and cadets donned their dress uniforms for the special evening. 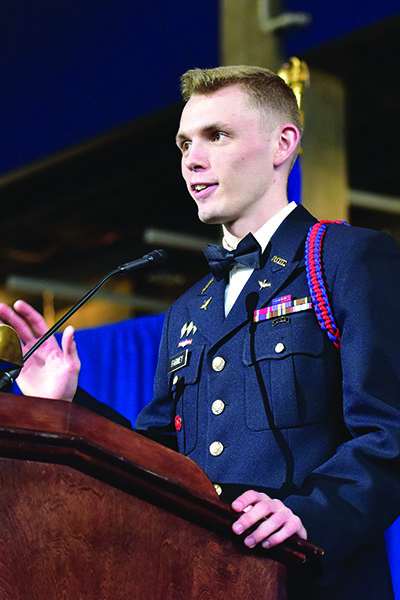 Cadet Col. Tyler Farney, commander of UNG’s Boar’s Head Brigade, was one of the student speakers. 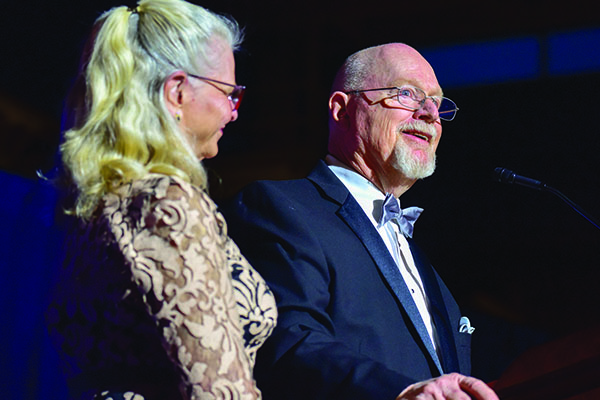 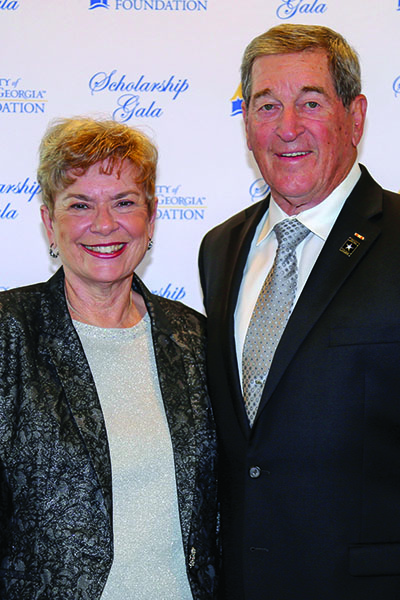 Former dean Mike Hyams and his wife Diana posed for photos as they arrive.