Skip to content
UNG awarded nearly $2.8 million in student scholarships during the 2017 fiscal year, a feat celebrated at the sixth annual Scholarship Gala held March 23 at the Forsyth Conference Center in Cumming, Georgia. The event included dinner and the presentation of the Summit, Champion and Presidential Leadership awards.The gala originated in 2013 with proceeds raised throughout the year providing scholarships for deserving students entering or attending UNG. Most UNG students receive some type of financial aid, from scholarships and grants to student loans, and the need for scholarships continues to rise.“Every dollar raised for scholarships touches so many lives, not just the students who receive financial aid, but those they serve in their communities once they start their chosen careers,” said Bonita Jacobs, UNG president. “Many of our students who receive scholarships also give back to UNG, in thanks for our support, so in that way the circle of giving is complete.”

Scholarship support for students has been a focus for Jacobs since her inauguration in 2013, during which the first Scholarship Gala was held. The UNG Foundation has awarded a total of $6,149,637.19 in student scholarships from Jan. 1, 2013 to June 30, 2017.

“Student scholarships are our No. 1 fundraising priority at UNG,” said Jeff Tarnowski, vice president for University Advancement. “The Scholarship Gala provides an opportunity each year to highlight the importance and profound impact of scholarship grants for our students. The added visibility from this event has enabled us to raise more money each year to support our students, and for that we are truly grateful.”

During the gala, Dr. Jacobs presented the 2018 Presidential Leadership Award to John and Mary Helen McGruder. The award, established in 2010, recognizes those who have made a significant, positive impact in the life and advancement of the university. 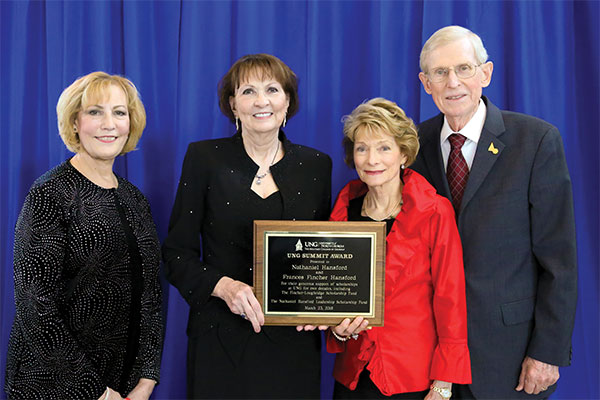 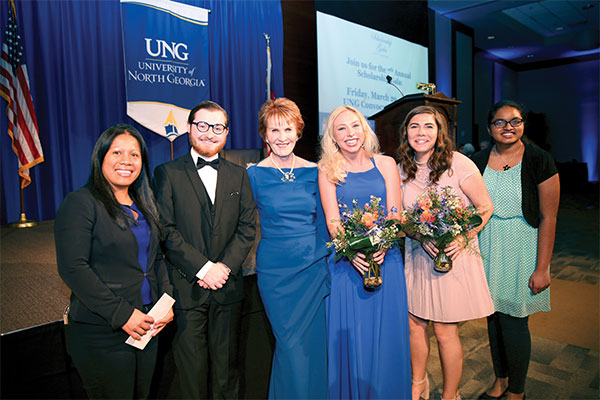 The Summit Award, established in 2016, recognizes an individual, family or organization for significant contributions to scholarships at UNG over an extended period and was presented to former president and first lady of UNG, Nathaniel “Nat” Hansford and Frances Fincher Hansford.

The Hansfords served at UNG from 1999 to 2005, a period marked by significant construction projects, including the Health & Natural Sciences Building, John H. Owen Residence Hall and a new plant operations building, as well as securing state funding for the Library Technology Center built in 2008. During Hansford’s tenure, UNG expanded the Corps of Cadets and solidified the university’s leadership initiative and its role as a state leadership institution. Frances Fincher Hansford was instrumental in building relationships within the university and with the broader community. Since their retirement, the Hansfords have remained active members of the UNG family, and their philanthropy has been both impactful and exemplary.

Previous recipients of the Summit Award are the Pennington Family, in honor of Brooks Pennington, Jr., in 2016; and Bob and Wanda Swoszowski in 2017. 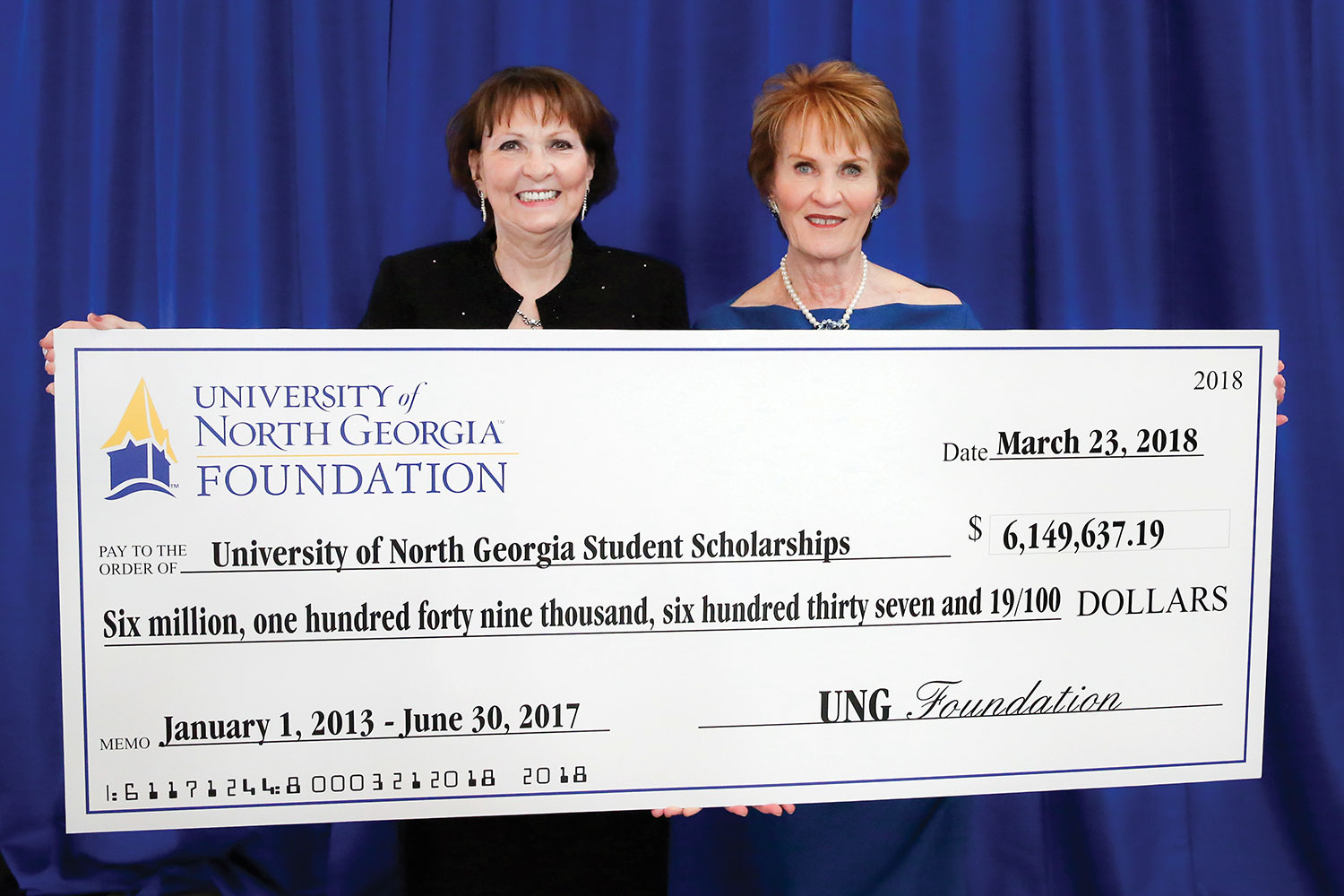 Dr. Bonita Jacobs, president of UNG, and Mary Helen McGruder, chair of the Board of Trustees of the UNG Foundation, with a check representing the amount of scholarship funds awarded to students from 2013 to 2018.